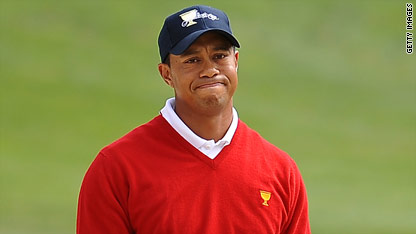 "Wow, here is Tiger Woods, greatest athlete on the planet, maybe the greatest athlete ever, right in the middle of his prime, basically ready to leave it all behind for a military life," Haney writes.

Haney writes that Tiger did four days of training with the Army Special Operations unit in 2004, including parachute jumps, hand-to-hand combat excercises, distance runs wearing combat boots and wind tunnel drills, according to another excerpt posted on the Orlando Sentinel website.

“Because of his father, it’s no secret that Tiger has always had high respect for the military,” Steinberg said in the statement to the Sentinel.