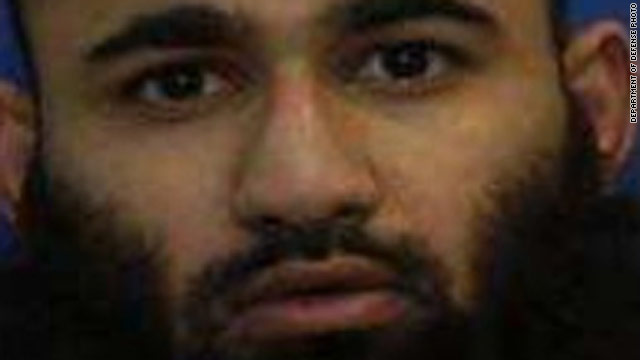 Majid Shoukat Khan, a terror suspect who has been held at Guantanamo Bay, Cuba, pleaded guilty Wednesday to all charges against him as part of a plea deal that would require him to testify against other detainees.

Khan is expected to spend up to 15 years behind bars in exchange for the deal, according to Army Col. James Pohl, the presiding military commission judge.

"If I keep my side of the bargain, they'll keep their side of the bargain," Khan said during the proceeding Wednesday. He was charged with conspiracy, murder and attempted murder in violation of the law of war, providing material support for terrorism and spying.

Judge Pohl also pronounced Khan guilty Wednesday and said the sentencing is expected to take place in four years, during which time Khan will be required to provide testimony.

Read the rest of the story here