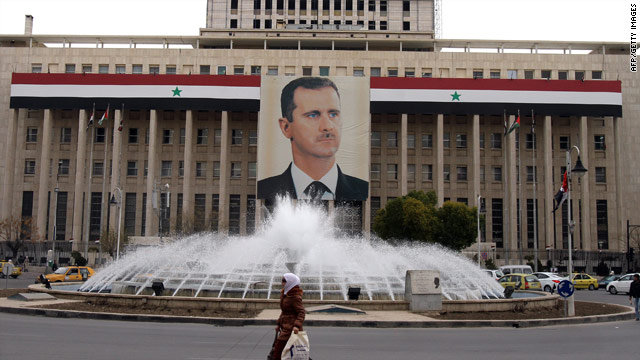 The U.S. Secretary of State said that she believes Syrian President Bashar al-Assad's actions fit the definition of war crimes but does not think such a path should be pursued at the moment. (Click here for the latest CNN reporting on Syria)

“I think that based on definitions of war criminal and crimes against humanity there would be an argument to be made that he would fit into that category,” Secretary Clinton told a Senate committee on Tuesday.

Asked by South Carolina Republican Lindsey Graham if charges should be pursued, Clinton said now is not the time.

“I think people have been putting forth the argument but I also think from long experience that could complicate a resolution of a difficult complex situation because it limits options to persuade leaders to step down from power,” Clinton said.

Last week, a U.N. report identified Syrian commanders and high-ranking officials who may be responsible for "widespread, systematic and gross human rights violations" and apparent crimes against humanity.

The violations have been conducted with the "apparent knowledge and consent" of the country's "highest levels," the Independent International Commission of Inquiry on the Syrian Arab Republic says.

The U.S. raised the issue of war crimes as far back as last summer when a senior Obama administration official said the U.S. is collecting information on possible crimes by Syrian security forces amid a violent crackdown on opposition protesters.

The time, the official told reporters that America is "looking into ... whether there are grounds here for charges related to war crimes," and whether referrals to the International Criminal Court may be appropriate.

Clinton has said she believes Assad will eventually leave but said the question is when.

“I do. I just don’t know how to define ‘eventually’ right now,” Clinton said.