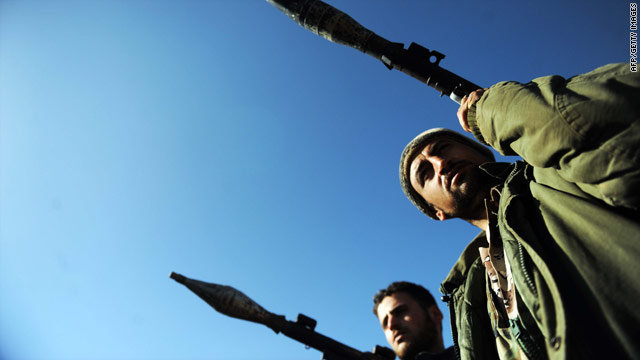 Finding the road ahead for Syria

After a slow start convening a group to deal with the crisis in Syria, the so-called Friends of Syria are hoping to close their inaugural meeting with a concrete plan to address the growing humanitarian needs in the country and an initial move toward recognizing the Syrian opposition as a key player in a post-Assad transition.

The more than 70 countries and international organizations gathering in Tunis on Friday are expected to unveil a plan for getting emergency aid to the Syrian people and issue a stern warning to President Bashar al-Assad.  They want him to agree to an immediate cease-fire and provide access to humanitarian groups to deliver the aid or face a yet-to-be mentioned response from the world community.

A draft of the document, shared with CNN, calls on "the Syrian government to implement an immediate cease-fire and to allow free and unimpeded access by the United Nations and humanitarian agencies to carry out a full assessment of needs in Homs and other areas."

Diplomats cautioned the draft is still subject to change before Friday's meeting.

What's more, the communiqué to be issued at the meeting will recognize the opposition Syrian National Council, members of which will be at the session, as a credible representative of the Syrian people.

It's not full recognition of the group as the sole representative of the Syrian people or a transitional government, as the world did for Libya's National Transitional Council which ousted strongman Moammar Gadhafi.

But a stroll down memory lane tells us that "a credible representative" for the NTC was a precursor to the full-scale recognition by the international community.

The development came as U.S. Secretary of State Hillary Clinton met in London with her counterparts from several European and Arab countries on the margins of a conference on Somalia.  When pressed, she said the consensus opinion among Arab League and other nations is that the group is a credible representative of the Syrian people, a not-so-subtle hint of what's to come Friday in Tunis.

Clinton's comments are an interesting sign of how the United States is moving toward supporting the opposition group despite its stated concerns about their lack of organization and cohesion among Syria's disparate groups.

Director of National Intelligence James Clapper raised some concerns last week when he told Congress last week that the SNC was "quite fragmented."

"The opposition is very fractionated. .. there is not a unitary connected opposition force. It's very local," Clapper said during testimony to the Senate Armed Services Committee. Clapper went on to say the majority of the Syrian National Council members were exiles who don't have a base inside the country.

Maybe so.  But senior U.S. officials and other diplomats say that, despite their reservations about the Syrian National Council, there is a general consensus among the Friends of Syria that something tangible must be done to help the Syrian opposition, even if there is disagreement about what that means.

"I think there is a general recognition that we can't sit on the sidelines any longer," one senior Arab diplomat said.

Senior U.S. officials say Washington could begin to provide non-lethal assistance to the Syrian opposition, such as secure radio and communications equipment and training. The United States provided similar assistance to the Libyans as well. It could also mean sending aid to refugee camps which are funneling aid to members of the opposition inside the country.

The United States insists it will not provide weapons to the Syrian opposition, and will leave it to others who have expressed an interest in doing so. Arab nations are supplying arms to opposition, according to diplomatic sources. The sources wouldn’t identify which countries but Qatar and Turkey have expressed interest in arming the rebels.

Nobody told Washington they armed the Libyans and officials expect the same nod-wink in Syria. Clinton made clear Thursday that Washington fully expected the Syrian opposition would get the weapons it needs to make a credible run against Assad in the future.

"There will be increasingly capable opposition forces. They will find somewhere, somehow the means to defend themselves, as well as begin offensive measure," she said.  "Its a fluid situation but if I was a betting person for the medium term and certainly the long term, I would be betting against Assad."