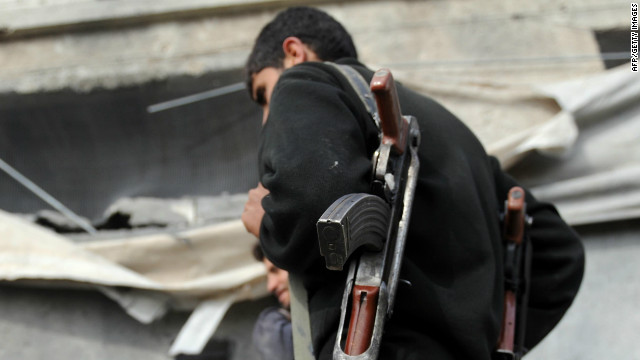 A member of the Free Syrian Army takes position in Idlib in northwestern Syria on Wednesday
February 23rd, 2012
10:34 AM ET

Countries plan to forge a comprehensive plan to deliver aid to Syria and press Syria to provide access within days, the officials said.

Clinton has had many discussions with other diplomats about how to help people stuck in "horrific conditions," such as the besieged city of Homs, a senior State Department official said.

Countries are shooting for "concrete proposals" on how the international community coordinates and plans aid, the official said.

Officials say there's no shortage of resources across the globe, since countries and international aid agencies work well together.

"All of us have been working with various humanitarian organizations, U.N. organizations on the ground," the official said. "The real challenge is the access issue."

The opposition Syrian National Council has also been working to reach out to people inside Syria to make sure that what they say Friday accurately reflects the reality on the ground inside the country.