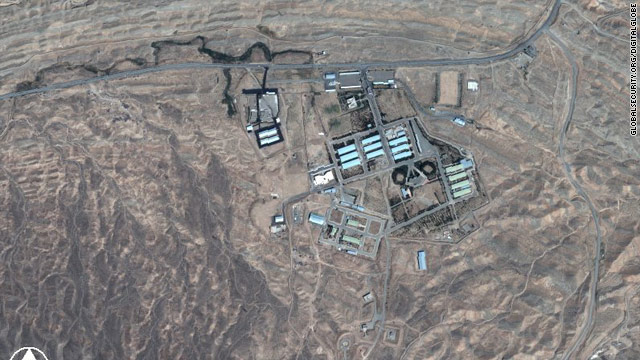 By Adam Levine, with reporting from the CNN Wires team

One site in particular remains a flashpoint. Iran refused to allow a team from the U.N. nuclear watchdog agency to visit its military base at Parchin, southeast of Tehran, during a just completed two-day visit, the IAEA said.

According to November's IAEA report, Parchin may have been the site of tests of high explosives that could be used to detonate a nuclear bomb - experiments the agency called "strong indicators of possible weapon development.""It is disappointing that Iran did not accept our request to visit Parchin during the first or second meetings," IAEA Director General Yukiya Amano said in the IAEA statement. "We engaged in a constructive spirit, but no agreement was reached."

The November report states that Iran built a large, cylindrical chamber at Parchin in 2000 that was designed to contain the force of up to 70 kilograms (154 pounds) of high explosives. IAEA inspectors visited the site twice in 2005, but did not go to the building now believed to have housed the test chamber, the report states.

However, environmental samples gathered did not show any signs of nuclear materials at the locations inspected, according to the 2006 IAEA report about the visit.

"It remains for Iran to explain the rationale behind these activities," the report noted.

The site houses an weapons development, including missiles, according to analysis by weapons experts at GlobalSecurity.org.

"The extensive weapons development activity at the rest of the complex made it an entirely logical location for weaponization work for Iran's atomic bomb program," according to an analysis by GlobalSecurity.org.  "The overall Parchin complex represents the leading center of Iran's munitions industry, so a nuclear weapons program would already have all the expertise needed within commuting distance."

The Parchin complex includes a separate, isolated area that is secured, according to an analysis by the Institute for Science and International Security (ISIS). It's in this area that weapons-related research is believed to have taken place, the ISIS analysis noted.

Visual inspection of Parchin by IAEA inspectors back in 2005 showed that "sites were not as capable as suggested by satellite imagery," according to the ISIS analysis.

"Although this visit dampened suspicions that this sites was dedicated to high explosive testing for nuclear weapons, suspicions about the Parchin site persist," the ISIS analysis said.