The Cybersecurity Act of 2012 proposes to house the government's cybersecurity headquarters within the Department of Homeland Security, which has already taken the lead among the government agencies on coordinating efforts to tackle sticky cybersecurity problems in cooperation with the National Security Agency.

Specifically, the act sets out guidelines for determining cybersecurity vulnerabilities, protecting and promoting innovation and encouraging companies to share information about cyberthreats, improving the security of the government's own cyber networks, and coordinating research and development while clarifying the roles of federal agencies.

END_OF_DOCUMENT_TOKEN_TO_BE_REPLACED 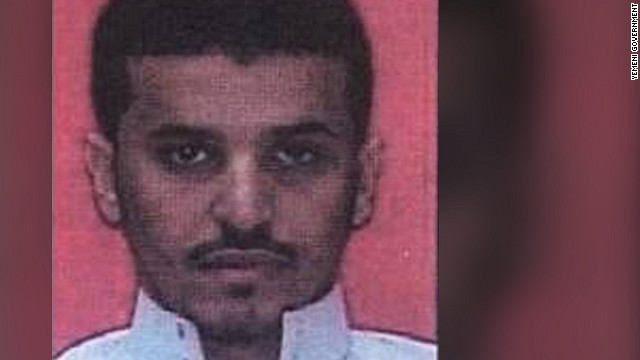 Editor's note: This report is based on a one-year investigation by CNN into air cargo security in light of a thwarted plot by al Qaeda in October 2010 to blow up cargo jets over the United States. CNN's Nic Robertson's report "Deadly Cargo" aired on CNN Presents in February 2012.

Ibrahim al-Asiri is the sort of terrorist who keeps intelligence officials awake at night.  He’s al Qaeda’s chief bomb-maker, and he built explosive devices hidden in printer cartridges that got onto several planes in October 2010.  He’s still at large in Yemen.  The bomb plots he’s alleged to have masterminded – the 2009 underwear bomb plot and printer bombs dispatched to the United States in 2010 – have very nearly worked.  And security experts say al-Asiri and al Qaeda in Yemen may yet penetrate the security screening that is meant to protect aviation.

END_OF_DOCUMENT_TOKEN_TO_BE_REPLACED

Iran is offering to resume talks over the country's nuclear program as soon as possible, according to a letter the nation's nuclear negotiator sent to the European Union.

"We voice our readiness for dialogue on a spectrum of various issues, which can provide ground for constructive and forward-looking cooperation," Iranian nuclear negotiator Saeed Jalili wrote in a letter to European Union foreign policy chief Catherine Ashton.

CNN obtained a copy of the translated letter as Iran announced new steps in its nuclear program.

Editor's note: This report is based on a one-year investigation by CNN into air cargo security in light of a thwarted plot by al Qaeda in October 2010 to blow up cargo jets over the United States. CNN's Nic Robertson's report "Deadly Cargo" airs on CNN Presents, Saturday and Sunday February 18, 19 at 8 p.m. ET.

In late October 2010 al Qaeda in the Arabian Penisula (AQAP) dropped off two “printer bombs” at UPS and FedEx offices in Yemen addressed to the United States.

They were amongst the most sophisticated devices ever put together by al Qaeda terrorists, according to officials. END_OF_DOCUMENT_TOKEN_TO_BE_REPLACED

"Iran already has the largest inventory of ballistic missiles in the Middle East, and it is expanding the scale, reach, and sophistication of its ballistic missile force, many of which are inherently capable of carrying a nuclear payload," Clapper said during his opening remarks to the committee. END_OF_DOCUMENT_TOKEN_TO_BE_REPLACED

His comments about the situation in Syria were the most detailed assessment to date of the U.S. intelligence read on Syria, and came during testimony to the Senate Armed Services Committee about threats to the United States. END_OF_DOCUMENT_TOKEN_TO_BE_REPLACED