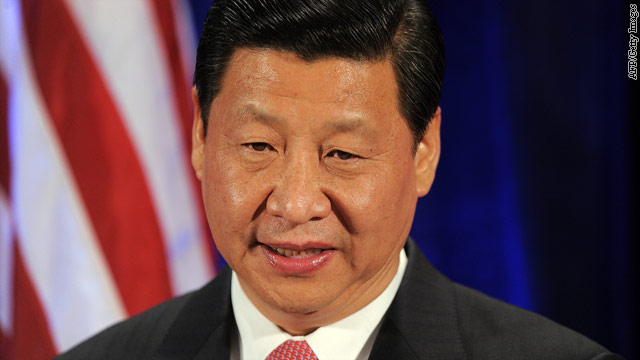 As the United States begins a ‘pivot’ of focus to the Asia Pacific region following a decade of war in Afghanistan and Iraq, China's Vice President Xi Jinping sounded a message of welcome and caution. "China welcomes a constructive role by the United States in promoting peace, prosperity and stability in the Asia-Pacific,” he said. “At the same time, we hope the United States will respect the interests and concerns of China and other countries in this region."

Xi, the presumptive next president of China, also spoke about areas where the United States and China can build on their bi-lateral relationship during remarks Wednesday at a luncheon co-hosted by the US-China Business Council and the National Committee on US-China Relations.

"We should steadily enhance coordination and cooperation in international affairs and global issues,” he said. "China and the United States should enhance coordination regarding the situation on the Korean peninsula, the Iranian nuclear issue and other hot spot issues through bi-lateral and multi-lateral mechanisms. We should increase cooperation on global issues such as climate change, counterterrorism, cyber security, outer space security, energy and resources, public health, food security and disaster prevention and mitigation. “

On sensitive issues such as U.S.-Taiwan relations, the status of Tibet, and China’s human rights record, Xi both countries should “respect each other’s core interests and major concerns.”

"Given the differences in current national conditions and in historical and cultural backgrounds between China and the United States, it is only natural that we should have some differences on the issue of human rights," Xi said. China and the United States should continue dialog and people to people exchanges to improve upon human rights issues in both countries he said.