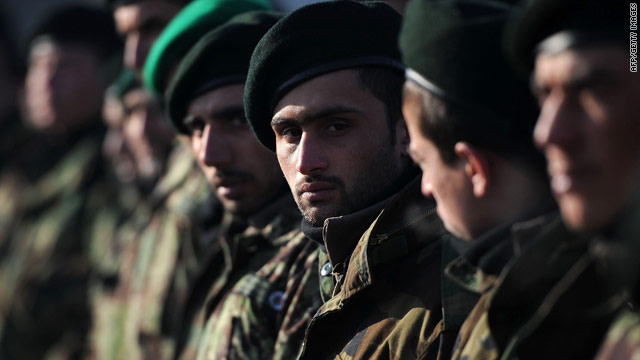 That means while the International Security Assistance Force (ISAF) has turned control of about half of Afghanistan over to Afghans, almost everywhere that has happened the security forces working in those areas are still doing so with help from American and other international forces.

Even those units that operate independently still have American or NATO military advisers with them. The next-highest-rated category of Afghan units are those that are "effective with advisers." According to Scaparrotti, 42% of Afghan units fall into that category.

"That has been growing throughout. And that's really what we're trying to do. That's ... half your force ... effective with advisers. So they can operate," Scaparrotti said, adding, "They need our enablers. They need some advisory to help them. And that's where we're at today."

Scaparotti's briefing came just one day after CNN spoke exclusively with Lt. Col. Daniel Davis, who, after his second tour of duty in Afghanistan, said American troops believe Afghan Security Force partners "are almost completely incapable, if they even do their job. In some cases they are colluding with the Taliban."

Davis published his opinion in a military journal this week.

Scaparrotti said Davis's criticisms are one man's opinion of the war.

"I disagree with that," Scaparrotti said. "But I can tell you personally from experience and from feedback from others, these (Afghan) soldiers will fight, particularly at the company level. There's no question about that. And they're going to be good enough, as we build them, to secure their country and to counter the insurgency that they're dealing with now."

But Daniel's criticism aside, Scaparrotti conceded the next two years will be difficult for the United States and its allies.