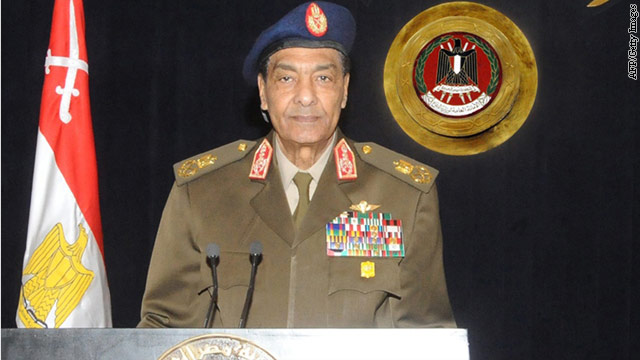 Egypt's military leadership has launched an investigation into the U.S.-based International Republican Institute, the National Democratic Institute and Freedom House, seizing the groups' property and preventing some of their staff members from leaving the country. END_OF_DOCUMENT_TOKEN_TO_BE_REPLACED

Is Panetta saying too much? 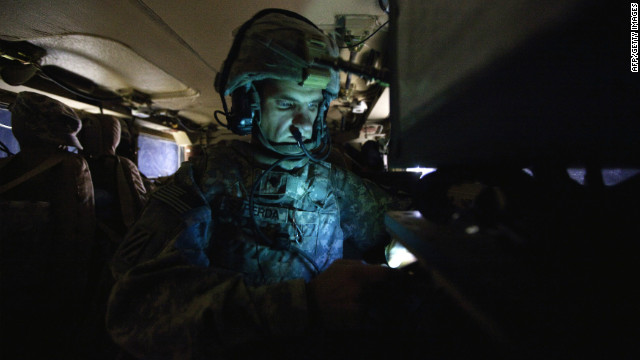 A U.S soldier checks his cell phone while on patrol in Iraq in December. Smartphones are first being deployed to soldiers
February 3rd, 2012
05:31 PM ET

U.S. soldiers will be among the first to receive newly approved smartphones capable of capable of handling classified government documents over cellular networks,  according to people involved in the project.

The phones will run a modified version of Google's Android software, which is being developed as part of an initiative that spans multiple federal agencies and government contractors, these people said.

The smartphones are first being deployed to U.S. soldiers, people familiar with the project said. Later, federal agencies are expected to get phones for sending and receiving government cables while away from their offices, sources said. Eventually, local governments and corporations could give workers phones with similar software.

The Army has been testing touchscreen devices at U.S. bases for nearly two years, said Michael McCarthy, a director for the Army's Brigade Modernization Command, in a phone interview. About 40 phones were sent to fighters overseas a year ago, and the Army plans to ship 50 more phones and 75 tablets to soldiers abroad in March, he said.

"We've had kind of an accelerated approval process," McCarthy said. "This is a hugely significant event."

Iran on their minds

By Kevin Flower reporting from Herzliya

Every year the who's who of Israel's national security community gather in the tony seaside city of Herzliya for a three-day conference that organizers describe as "an informed debate on the most pressing issues on the national and international agendas."

The 12-year-old Herzliya Conference has in short time become one of the most important forums for open discussion of Israel's national security and foreign policy objectives.

In 2002, Prime Minister Ariel Sharon used the conference to announce his support of the "road map" for peace with the Palestinians, and in 2006 his successor, Ehud Olmert, told conference attendees that he supported the creation of a Palestinian state and that Israel would have to give up parts of the West Bank if it were to remain a Jewish majority country.

In keeping with tradition, Israeli politicians and military leaders lined up to hear speeches and participate in panels at this week's conference, which ended Thursday. END_OF_DOCUMENT_TOKEN_TO_BE_REPLACED

The loose organization of hackers known as Anonymous released a recording Friday of a telephone call between the FBI and New Scotland Yard that it claims to have recorded surreptitiously.

The group posted the 16-minute conference call on one of its websites.

The FBI and New Scotland Yard concede that a private conversation was released, but didn't cast blame on any particular group.

"The information was intended for law enforcement officers only and was illegally obtained. A criminal investigation is under way to identify and hold accountable those responsible," the FBI said in a statement. END_OF_DOCUMENT_TOKEN_TO_BE_REPLACED 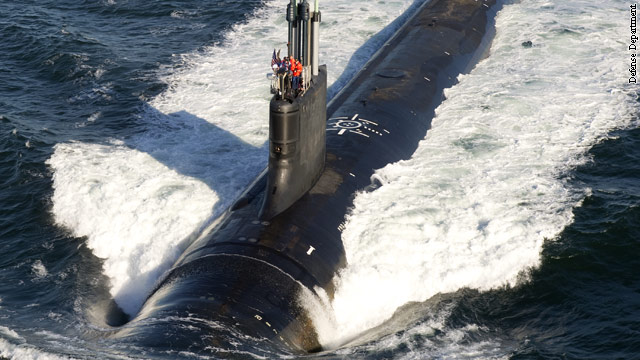 The budget documents released by the Pentagon last week provided the first details on what is staying, going, or soon to come to the military's arsenal of weapons. Buried in the pages, with only vague mentions, were glimpses of the next generation of bombers, submarines with super-fast missiles and a floating base for a new way to launch Special Operations Forces.
END_OF_DOCUMENT_TOKEN_TO_BE_REPLACED

The Taliban who may leave Gitmo

By Adam Levine and Tim Lister, with reporting from Ted Barrett and Pam Benson

As part of its efforts to explore peace talks with the Taliban, the Obama administration is considering the controversial release of several senior Taliban figures from the detention camp at Guantanamo Bay. The names of those being considered for release have not been disclosed, and the conditions are still being discussed. But diplomatic sources say they would probably be relocated to Qatar in the Persian Gulf, where the Taliban is negotiating the establishment of a liaison office to facilitate dialogue with the U.S.

The administration has said any discussion about releasing the detainees is very preliminary and hinges on the Taliban renouncing terrorism and agreeing to peace talks.

But the proposal, confirmed in congressional testimony this week, has come under attack in Congress. The chairman of the House Intelligence Committee, Mike Rogers, said Thursday that the U.S. was "crossing a dangerous line" by discussing the possibility of releasing the prisoners.

And in a letter to President Obama, Rep. Duncan Hunter, R-California, a former Marine officer who served in Afghanistan, warned that the release would "send the wrong message to the Taliban." END_OF_DOCUMENT_TOKEN_TO_BE_REPLACED