Al Qaeda in northern Africa an "afterthought" no more

A terrorist peril that's notorious in Africa and Europe but less publicly well known in the United States may wreak havoc in the coming year, warns the top senator on intelligence matters.

The terror group, an al Qaeda affiliate in northern Africa known as al Qaeda in the Islamic Maghreb (AQIM) was singled out by Sen. Dianne Feinstein, D-California, who chairs the Senate's intelligence committee.

"For the past few years, AQIM has been almost an afterthought when discussing the terrorist threat. This may be about to change," she said on Tuesday during a hearing.

A report issued by Director of National Intelligence James Clapper ahead of the intelligence committee hearing made brief reference to AQIM when discussing al Qaeda's regional affiliates. Feinstein said the intelligence community needs to be ready to tackle the militant movement.
END_OF_DOCUMENT_TOKEN_TO_BE_REPLACED

By Barbara Starr and Adam Levine, with reporting by Rachel Burstein and Larry Shaughnessy

The United States and NATO want to end their combat mission in Afghanistan next year, transitioning primarily to a training role in which Afghan security forces will take the lead, Defense Secretary Leon Panetta said Wednesday.

"Our goal is to complete all of that transition in 2013 and then, hopefully, by mid- to the latter part of 2013, we'll be able to make a transition from a combat role to a training, advise and assist role," he told reporters traveling with him to Brussels, according to a transcript released by the Pentagon. The result will be that "2014 then becomes a year of consolidating the transition and making sure that those gains are in fact held, so that we can move towards a more enduring presence beyond 2014."

That enduring presence will include "a large civilian presence" involved with development, he continued. END_OF_DOCUMENT_TOKEN_TO_BE_REPLACED

A congressional panel Wednesday took up the uneasy topic of Afghan security forces turning on their international allies, incidents that have fueled mutual distrust at a critical juncture of the long-running conflict.

Rep. Buck McKeon, the California Republican who chairs the Armed Services Committee, said that existing security procedures failed to identify 42 attackers between 2007 and 2011; 39 of those attacks were by members of the Afghan National Security Force and three by contracted employees.

"This is 42 attacks too many, and the new process must do better," McKeon said.

That number did not include the latest incident, in which a man wearing an Afghan National Army uniform killed a coalition forces member in southern Afghanistan on Tuesday.

The panel heard testimony from four defense officials who laid out delicate issues pertaining to Afghan security forces, among them the vetting of Afghans brought onto coalition bases to provide security.

The defense officials said that in 58% of cases, the attackers were not puppets of insurgent groups but acted on their own accord, perhaps over a personal dispute. 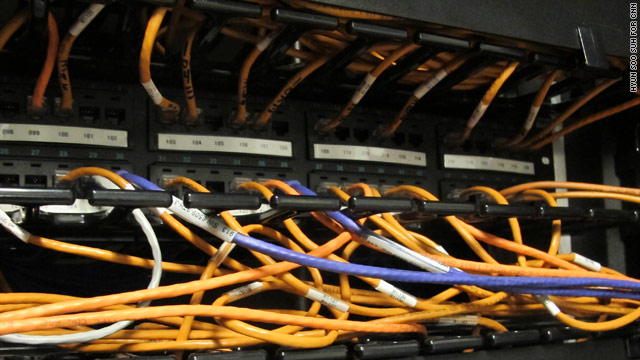 The public may not yet be fully aware of how cyberthreats will affect them personally, but a recent report sponsored by cybersecurity giant McAfee suggests that more cybersecurity experts and companies that rely on the Internet to do business are already thinking about battle mode. END_OF_DOCUMENT_TOKEN_TO_BE_REPLACED 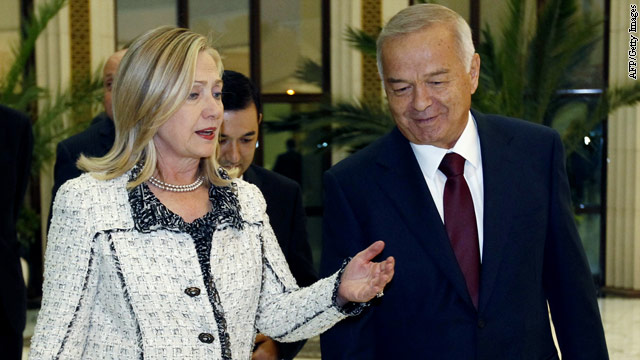 That aid was stopped in 2003 because of U.S. concern over alleged human rights violations in Uzbekistan. The route for U.S. military cargo has become even more important as Pakistan closed its border crossings into Afghanistan because of anger over a 2011 U.S. airstrike that killed 24 Pakistani troops.
END_OF_DOCUMENT_TOKEN_TO_BE_REPLACED

The Taliban in Afghanistan depend on Pakistan for support, even though they do not necessarily welcome it, a secret NATO report says, according to a journalist who has read it.

"It is a marriage of convenience," Times of London reporter Jerome Starkey said Wednesday, citing the report. The Taliban see Pakistan as manipulative, but they see no alternative to accepting its support, he said.

The Taliban are absolutely confident of victory, he said the report found, based on 27,000 interviews with over 4,000 detainees ranging from senior Taliban commanders to Afghan civilians.

They also include mid- and low-level Taliban, al Qaeda, and foreign fighters, he said. END_OF_DOCUMENT_TOKEN_TO_BE_REPLACED