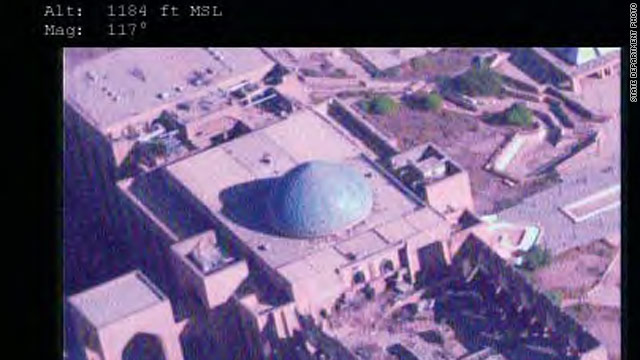 Iraq and other "high-threat" areas such as Afghanistan are the focus of a U.S. State Department plan to use unarmed surveillance drones for the protection of American diplomatic facilities and personnel.

"The State Department has always used a wide variety of security tools and techniques and procedures to ensure the safety of our personnel and our facilities," State Department spokeswoman Victoria Nuland told reporters. "We do have an unmanned aerial vehicle program."

The program is emerging about a month after U.S. troops departed Iraq and it's an example of the diplomatic corps moving into territory that was once the exclusive domain of American military and intelligence.

Recent political insecurity and an uptick in sectarian violence in Iraq are among the dangers facing personnel from the State Department, which has a huge presence in the country.

The State Department, which has a huge presence in Iraq, is concerned about political insecurity and the uptick in sectarian violence there. The same concerns hold true for Afghanistan, where the United States and its allies continue to fight the Taliban and other militants.

Nuland emphasized that the drones cannot fire weapons but provide images of facilities and traveling diplomatic personnel. The drones are about the size of model airplanes.

"These are tiny, little things. They are not armed. They are not capable of being armed. And what they are designed to do is help give us pictures over our facilities to help in their protection," Nuland said.

She said the operation "is extremely limited in scope. It is only going to even be considered in critical threat environments. I'm not going to get into the where, for obvious reasons. We don't get into our precise security posture anywhere around the world."

The latest State Department Diplomatic Security Service annual report said a "successful test" had been conducted in Iraq in December 2010.

State "coordinated with the U.S. Department of Defense and other government agencies for researching "low altitude" and "long endurance" drones "in high-threat locations such as Iraq and Afghanistan," the report said.

"The program will watch over State Department facilities and personnel and assist Regional Security Officers with high-threat mission planning and execution," the report said.

The effort, first reported on Monday in The New York Times, comes as the State Department focuses on security for its overseas resources.

State is "operating a small fleet of surveillance drones" in Iraq "to help protect" the U.S. Embassy, consulates and American personnel, the Times said.

The report quoted criticism of the program from some Iraqi officials who believe the activity violates the country's sovereignty.

The program is designed to "automatically generate and disseminate high quality video imaging," the notice said. It will "disseminate threat information for use in route planning" and "respond to a security incident at locations remote from the core of operations."

The United States initially used armed drones to conduct strikes in the traditional al Qaeda strongholds of Pakistan and Afghanistan, along with areas of Iraq, but has expanded it in recent years to include locations in Yemen and Somalia.