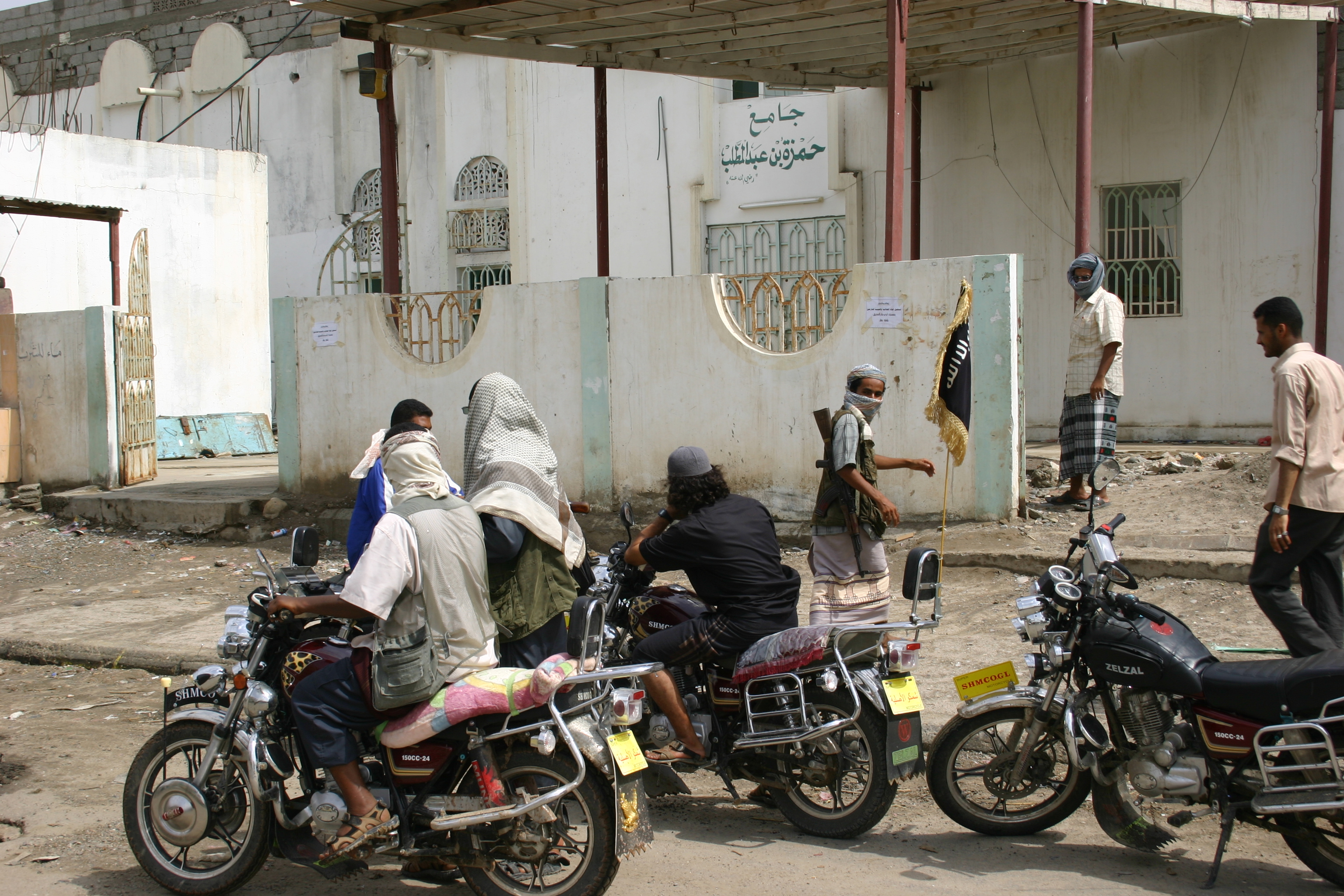 While the death of al-Awlaki by a CIA-operated drone in September eliminated AQAP's external operations commander and chief recruiter of English-speaking militants, key players remain at-large in Yemen.

They include AQAP leader Naser al-Wuhayshi - a close associate of Osama bin Laden - and Ibrahim al-Ashiri, the skilled bomb-maker U.S. officials believe was behind the attempt to blow up a U.S. commercial airliner on Christmas Day in 2009 and a plot to bomb cargo planes belonging to such companies as FedEx the following year.

And while some of al Qaeda's most-wanted members may be "scrambling," as Obama put it during his State of the Union speech Tuesday, AQAP's goal of striking the United States either overseas or at home has not diminished, according to one U.S. official.

"AQAP hasn't changed its two main aims which are to attack the West, while establishing a safe-haven in Yemen. They may have more success at the latter if they continue to take advantage of the political unrest there, which is going to be tense for some time," said the U.S. official, who spoke only on condition of anonymity.

In addition to the fight against AQAP, Yemen has been wracked with protests throughout the past year, with demonstrators and rival factions demanding the departure of President Ali Abdullah Saleh and calling for elections.

Daniel Green, a fellow at the Washington Institute for Near East Policy, agreed that AQAP has much more room to operate within Yemen, and offered a dire prediction: the group has an incentive to launch a spectacular attack in a presidential election year.

"They have shown a very entrepreneurial ability to get explosives into the U.S.," Green said. "I wouldn't put it past them to try and do something this year."

Most of the group's gains have been in the southern provinces where the government exercises little control, according to the experts.  Clashes between suspected militants and security forces have been particularly fierce over the past year in southern Abyan province, where suspected AQAP members held the provincial capital of Zinjibar under siege for months before eventually being flushed out.

The U.S. official agreed AQAP is "particularly strong" in the southern provinces and warned, "they'll most likely try to expand from there to establish themselves as a force in the surrounding provinces."

It appeared they did just that with the recent seizure of Radda only 100 miles south of the capital of Sanaa and considered a key transit route to the south.  Suspected militants stormed the town earlier this month, taking over government buildings and mosques and freeing inmates from jails, according to local authorities and residents.

The U.S. official acknowledged AQAP had "made some new gains" in Radda, but questioned soon after it happened whether the militants would be able to hold onto them.

"Often in the areas where AQAP has some control, they use intimidation and violence against tribal officials to force local support for their activities," the official said.

In the end, the militants relinquished control.  They agreed to leave Radda in exchange for the release of three prisoners, according to the office of the Yemeni vice president.

In 1990, North Yemen and South Yemen united as one country, but a secessionist movement has been gaining steam in the south, emboldened by the popular uprising against Saleh.

Green said that measuring the apparent gains of the organization is tricky.

There is also a question of whether al Qaeda is growing in Yemen.

Johnsen estimated the number of fighters at more than 1,000 - what he called a "significant increase" from the hundreds just a couple of years ago.

Two U.S. officials suggested that while difficult to determine, there are probably hundreds of hardcore operatives. When low-level and affiliated fighters are included, the total number could be anywhere from 1,000 to 3,000 people, the officials said.

Meanwhile, the emergence of a group last year called Ansar al-Sharia has experts debating its connections to AQAP. The group has been linked to the takeover of Radda, according to Johnsen.

"Ansar al-Sharia seems to be a front AQAP sometimes uses in Yemen to avoid the baggage that comes with the al Qaeda name. But, they are still al Qaeda," a U.S. official said.

However, a U.S. counterterrorism official referred to Ansar al-Sharia as a social movement that favors Islamic rule in Yemen and appears to support the ideals of al Qaeda.

Johnsen thinks the group is certainly tied to AQAP and is pursing a model similar to the one the Taliban used to gain control of Afghanistan.

"These people are coming in and they are trying to provide some services to the people," said Johnsen, noting that all they have to do is be better than the Yemeni government to gain support.

Ansar al-Sharia recently released a video on its website of what it claimed to be U.S. soldiers on the roof of the Sheraton Hotel in the capital of Sanaa. There has been no confirmation of when the video was shot or whether in fact the men on the roof are American soldiers.

Johnsen said the group could use the video as a rallying cry to justify waging jihad against the United States, similar to what al Qaeda in Iraq and the Taliban in Afghanistan did in response to U.S. forces being in country.

For his part, Green said he believes AQAP is also trying to balance its image among the populace having learned a lesson from the playbooks of al Qaeda operators in Iraq and Pakistan where their brutality alienated local populations.

"They are being very careful pursuing a softer policy in addition to this hard policy of fighting," Green said.