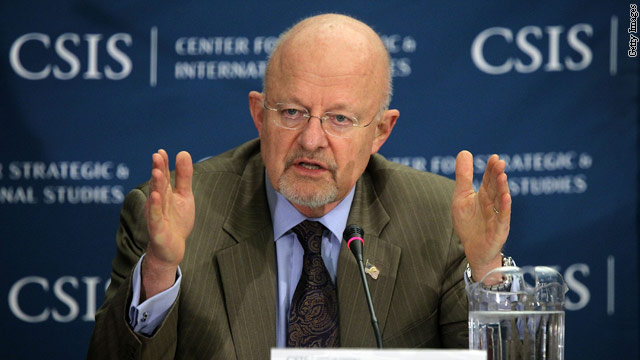 The WikiLeaks disclosure of hundreds of thousands of American documents continues to cast a shadow over the U.S. intelligence community.

Director of National Intelligence James Clapper told an information-sharing conference Thursday that plugging leaks of classified materials is still a challenge for the community as it develops new systems to protect information while at the same time ensuring the right people have access to it.

WikiLeaks, the international online group that publishes secret government documents it receives from outside sources, set off a firestorm a year and a half ago when it made public on its website U.S. diplomatic cables and other sensitive documents, most of them pertaining to the Iraq and Afghanistan wars.

Pvt. Bradley Manning, an Army intelligence officer, is accused of leaking the documents to WikiLeaks and is being held in military custody awaiting word of whether he will be court-martialed.

The fact Manning had access to so much secret information called into question whether the government had gone too far in responding to one of the biggest failures associated with the September 11th terrorist attacks. The intelligence community and law enforcement were faulted for failing to share information that might have prevented the attacks.

Clapper called the WikiLeaks disclosure a "terrible event" that heightened the intelligence community's sensitivity to inside threats. He said some changes have already been made to monitor information and keep track of who has access to it. But he said it is a work in progress.

"We have to do more to both tag data and ensure that we can properly identify people so that they are actually authorized to receive the information," he said.

In the end, Clapper said, he believes this will promote both security and sharing within the intelligence community. "If you know what the data is in question, you know where it is and you know with whom it can be shared, then you can account for it. ... Then you are in a much better posture from both a security as well as a sharing standpoint," he said.

How long will it take? "Our plan is over, say, the next five years, I think ,we'll have made some serious and notable changes," he said.

In the meantime, the man who created WikiLeaks is set to host his own TV series. The WikiLeaks website described the series with Julian Assange as in-depth conversations that "will draw together controversial voices from across the political spectrum - iconoclasts, visionaries and power insiders - each to offer a window on the world tomorrow and their ideas on how to secure a brighter future."

The series is scheduled to begin in mid-March and will be seen on the Russian RT network.

Assange is currently under house arrest in England. He is fighting efforts to extradite him to Sweden, where he faces sexual assault charges.