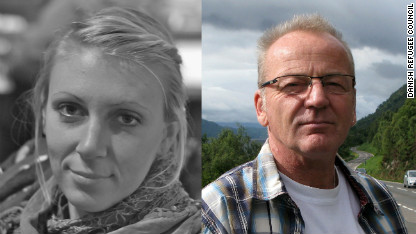 Somalia aid worker in ‘Phase II’ of return from captivity

Jessica Buchanan and Poul Thisted, the Danish man who also was rescued from kidnappers in the raid on a compound in Somalia, are now in a military facility in Sigonella, on the Italian island of Sicily.

In most such cases, the former hostage will undergo “more complete medical exams and formal, structured debriefings,” a senior defense official said. “An inherent and critical part of the reintegration process is the decompression period that has been established to maximize returnee health and welfare. This process normally requires a minimum of 72 hours to be effective.”

CNN learned Buchanan’s father will go to Sicily to see her, and other relatives are planning to visit here there. She is not in custody and can leave whenever she wants, but if she stays, when the process is over she probably will be able to fly home on a military aircraft.