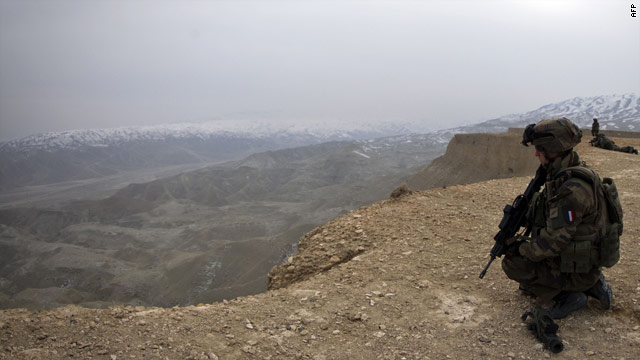 Attacks by the Taliban in southern and eastern Afghanistan have risen sharply in recent months, according to figures released by the U.S.-led coalition, a sign that the allied offensive against the insurgency is yet to blunt its potency.

The figures are in contrast to the broader trend of decreasing violence nationwide depicted by the NATO mission. That depiction is challenged by non-government organizations active in Afghanistan; Human Rights Watch describes 2011 as "the most violent year ever."

NATO's International Security and Assistance Force, or ISAF, says overall enemy attacks declined by 9% across the country in 2011. But the number of attacks by the insurgency rose last year by 19% in the east when compared to 2010. A smaller rise was seen in the south of the country, 6%.

These two areas - known by ISAF as RC South and RC East - account for nearly two-thirds of insurgent attacks across the country.The statistics are significant, as NATO is consistently reporting a decrease in violence nationwide, which should pave the way for a handover to Afghan security forces and a NATO withdrawal.

One analyst said the figures from the south are especially noteworthy, as this region was the target of major NATO operations in 2010. Even taking into account the insurgent violence triggered by those 2010 operations, last year was still more violent.

The increase suggests a continuation of fighting during the traditionally quieter winter months. In fact, the south and east of Afghanistan, according to NATO figures, saw a decline in violence in late summer (compared to 2010) only to spike as winter approached.

An ISAF spokesman, Lt. Col. Jimmie Cummings, said the rise in insurgent attacks was a result of coalition forces taking the fight to the enemy.

"This increase in enemy-initiated attacks is attributed to deliberate operations (surge) in both the east and south by Afghan and ISAF forces in the fall designed to further pressure insurgents in former Taliban strongholds," he said in an e-mail statement.

Cummings added that operations in the south had helped reduce high-profile attacks in the city of Kandahar by about a third compared to 2010.

The issue of whether violence across Afghanistan is rising or falling is key to the NATO-led mission's objective of pacifying the country and handing it over to Afghan forces so NATO combat troops can slowly withdraw by 2014.

Human Rights Watch takes issue with NATO's depiction of declining violence, especially as it affects civilians. The organization's Afghanistan researcher Heather Barr told CNN: "This has been the most violent year ever and the worst year for civilian casualties. If this is what winning looks like, it does not look that way for the Afghan communities experiencing this violence first hand."

Barr said the group's analysis was based on data that it considered credible from the United Nations and from the Afghan Non-government Safety Organization, or ANSO, which uses similar data to ISAF's to evaluate the risk for charity and development groups working nationwide.

A recent U.N. report highlighted a considerable rise in security incidents. ANSO said in its last quarterly report that there was a continuing rise in violence, and that attacks by the insurgency nationwide were 14% higher last year than in 2010.

But ANSO said that is significantly lower than year-on-year rises recorded previously, and it's unclear whether that's because ISAF has the insurgency under pressure or because the insurgents have, ahead of the 2014 withdrawal, made "the calculus that there is no point sprinting to the finish if everyone else has dropped out of the race."

ANSO also challenges NATO's analysis of insurgent violence. Its latest report says the group is unable to analyze NATO statistics that pointed to a 3% reduction in attacks in the first eight months of 2011, compared with the same period in 2010.

But it adds: "We find their suggestion that the insurgency is waning to be a dangerous political fiction that should be given no consideration in NGO risk assessment for the coming year."