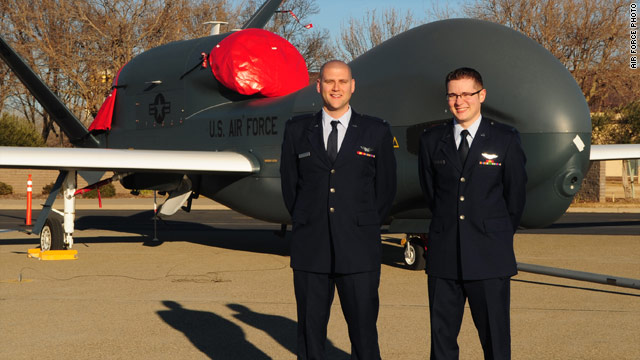 The two pilots, trained to fly the RQ-4 Global Hawk unmanned aircraft, have the designation of 18X field, signifying they don't have prior flying experience.

The program at Beale Air Force Base was set up in June 2011 to train drone pilots "across the services."  The two pilots will begin flying missions immediately, according to the Air Force.

Curiously, Thompson notes, the Air Force posted their photo but would only give their first names – Second Lieutenants Jacob and Scott – because of "operational concerns." But the concern did not extend to their photographs, which the Air Force provided.