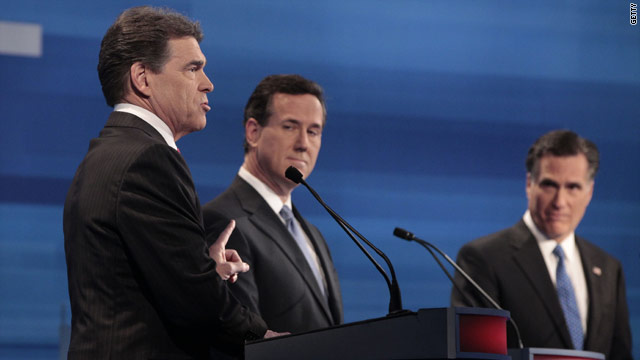 In a statement e-mailed to CNN, Selcuk Unal said presidential candidates should "be more informed about the world and be more careful their statements."

"The unfortunate views of Perry are not shared in any case by Republican party supporters, considering the weak support he has received in public polls and primary elections," Unal concluded.

Top Turkish government officials were unavailable for comment Tuesday, with many of them in Northern Cyprus for the funeral of veteran Turkish Cypriot leader Rauf Denktas, but the country's largely-tabloid press wasted no time in responding to the comments on websites early Tuesday morning.

"Rick Perry: what an idiot," tweeted Mustafa Akyol, a columnist with the English-language Hurriyet Daily news. The Hurriyet newspaper also posted a video on its website of Perry drawing a blank in the middle of a prior debate, forgetting in mid-sentence which was the third of three government departments he would cut if elected president.

Perry's remarks came on the same day a Turkish foreign ministry spokesman announced that a new NATO radar station, manned by Turkish and American military personnel, went online this month in the Turkish province of Malatya. The radar station is part of a controversial U.S.-led missile defense shield that both Russia and Iran have publicly opposed.

For more than 50 years, Turkey has been the only Muslim member of the NATO military alliance.

Ankara's relationship with Washington has been turbulent over the last decade, with sharp divisions emerging after the 2003 U.S.-led invasion of Iraq.

But that relationship has improved dramatically over the last several years. Turkey has commanded the NATO mission in Afghanistan four times over the last decade, and the United States shares real-time intelligence from aerial drones for the Turkish military's ongoing war with rebels from the Kurdistan Workers Party, who operate along the mountainous border between Turkey and Iraq.