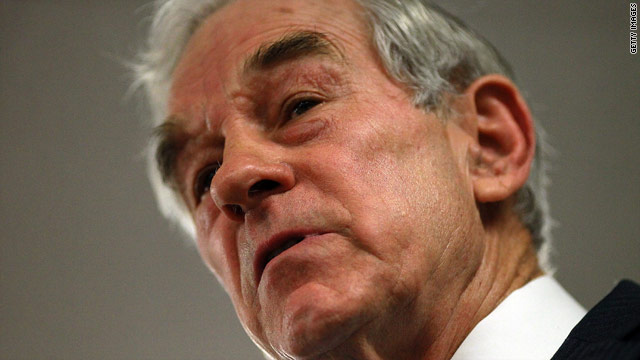 In a lengthy column on his website entitled, "Iowa's Choice: Dr. Paul or U.S. bankruptcy, more wars and many more dead soldiers and Marines," Scheuer touted the Texas Congressman for taking principled stands against foreign intervention.

"Dr. Paul's non-interventionist policy will allow foreigners to work out their political destiny in their own way and at their own pace; prevent unnecessary additions to America's growing list of enemies; and save countless young lives," Scheuer said.

He criticized the other Republican candidates and President Barack Obama for supporting policies that will only "motivate more Muslims" to fight against U.S. interests.

And he said only Rep. Paul could be counted on to develop domestic energy resources to end the dependence on what he called "oil-rich Arab tyrants...that mandates that the U.S. military spends billions each year to defend the Arab Penisula's fundamentally anti-U.S. police states."

Scheuer currently is an adjunct professor at Georgetown University's Center for Peace and Security Studies.

In a written statement on Tuesday, Ron Paul's Campaign Chairman Jesse Benton said they are pleased by the endorsement saying Scheuer “like Ron Paul understands the connection between U.S military adventurism and emerging threats against America. Michael Scheuer understands that only Dr. Paul will put our national security first and stop the foreign wars and nation building."

Leave a Reply to Denis Fishel