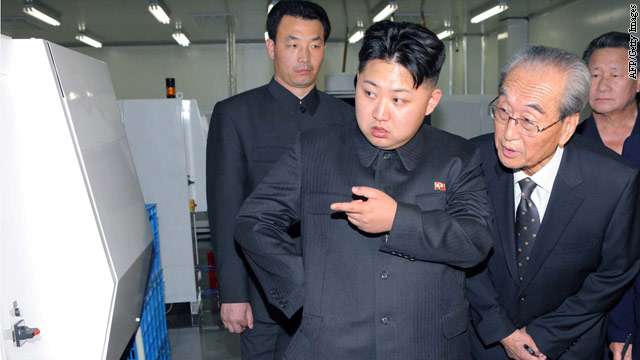 Nuclear experts estimate that North Korea has enough plutonium to arm about a dozen weapons. David Albright who heads the Institute for Science and International Security said Pyongyang may have between six to twelve actual nuclear weapons.

"We really don't know how many. They don't appear to be deployed on missiles. In a sense it's the bomb-in-the-basement strategy," he said.

And North Korea is building a small light water reactor that Albright said wouldn't produce much electricity for North Korea, but could be used to make plutonium for weapons. "They are poised, though, to increase their capabilities either by uranium enrichment or possibly with a nuclear reactor... to be able to increase the number of weapons and increase their sophistication."

Although talks in October between U.S. and North Korean delegations addressing the country's nuclear pursuits ended without significant advancement, the two countries were close to a deal that would have exchanged much-needed food aid to North Korea for an agreement by Pyongyang to halt its enrichment program.

The prospective deal was expected to lead to the resumption of the six-party talks and let in international inspectors, but Kim's death has now delayed the expected announcement this week.

"Everybody should be saying the same thing, which is that we don't know (what to expect)," says Gallucci. "During the transition, anything is possible. Dramatic change is bad and under that ... we have a new leader who may want to demonstrate his chops domestically and internationally and do dramatic things that would not be good."
But Gallucci remains cautiously optimistic, saying that continuing talks is the best way to test the waters under a new leader. Albright agrees saying he hopes Kim's death delays nuclear talks by only weeks and not months.

"I'm not as worried as some," says Albright who recently visited North Korea. "I think they (North Koreans) planned for it, they prepared for it. It's not like now there will be a power struggle."

According to Albright, North Korea has been working to solidify its centrifuge program. Recently, nuclear observers have been concerned about the pace of development of the country's nuclear program.

Stanford Professor and former director of Los Alamos Nuclear Laboratory Siegfried Hecker was part of a small delegation that visited the country in November of last year. He described the program as "far beyond my expectations."

North Korean hosts showed Hecker what appeared to be a uranium centrifuge facility, which would allow North Korea to produce its own highly enriched uranium (HEU). Either plutonium or HEU can be used to make a nuclear bomb.

"I'm considerably more concerned that they would expand their program," Hecker said recently. "They've also demonstrated their capacity to take the second route to the bomb. That complicates things enormously."

Scott Snyder, a senior fellow with the Council on Foreign Relations, said enrichment "provides an alternative pathway to building a bomb that's probably more conducive to North Korea's level of technology. And North Korea also has indigenous uranium naturally within its boundaries."

Now that experts believe the country very well may have the capability to produce HEU, security officials worry about how difficult it will be to contain the threat. The fear is that Pyongyang would be willing to sell HEU to other actors, be it state actors or otherwise, who are not considered allies of the West.

What Albright finds most worrisome would be if North Korea decides to help Iran's program. "You don't want the North Koreans coming in with a certain type of expertise that could solve Iran's centrifuge problems and provide another mechanism of supply," Albright said.