The militant group Hezbollah claims it has blown the cover of 10 alleged CIA officers working in Lebanon.

In the latest round of an escalating spy war, Hezbollah's media arm, al Manar, posted a video Friday accusing the CIA of running espionage operations from the diplomatic cover of the U.S. Embassy in Beirut.  It discloses the alleged names of the current CIA station chief (including his birthdate), the former station chief, and three other officers, as well as code names for five others.

If those are indeed the names of CIA officers, their covert abilities have been compromised, and they will likely leave the country, according to two former CIA agents.

"The truth is, almost everybody probably knows who the station chief in Beirut is - at least if you're the bad guy," said former CIA officer Reuel Marc Gerecht.  But if the identities of officers have been publicly revealed, he said, "they (agency officials) most definitely yank you." END_OF_DOCUMENT_TOKEN_TO_BE_REPLACED 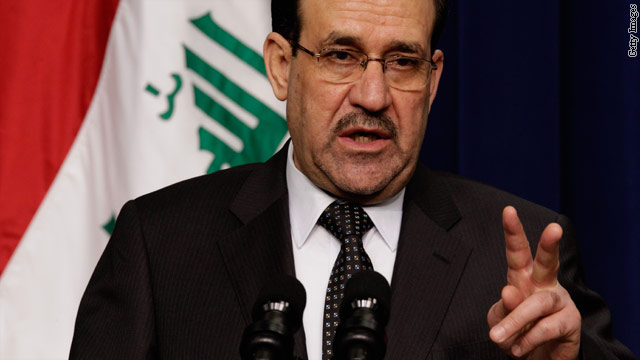 Al-Maliki said his country is trying to diversify from an energy-dominated economy, to one that focuses on financial, medical, agricultural, educational and infrastructure services as well.
END_OF_DOCUMENT_TOKEN_TO_BE_REPLACED 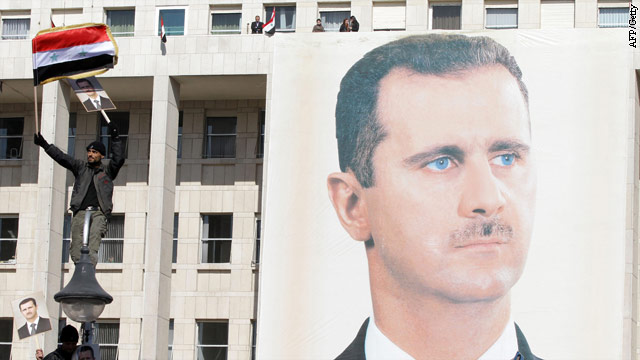 Nuland said a chorus of countries, including the United States, is calling on Russia and other countries on the Security Council to respond. Russia, a long-time ally of Syrian President Bashar al-Assad, was one of four Security Council countries voting against a resolution condemning Syria.
END_OF_DOCUMENT_TOKEN_TO_BE_REPLACED 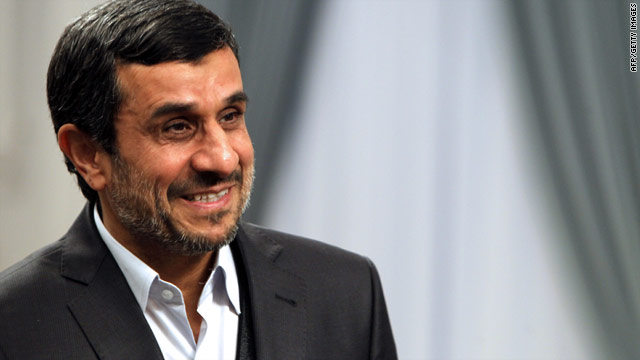 More pressure on Iran in the works

It appears the international community will usher in the new year with new pressure points in the campaign against Iran's developing nuclear program.

Both the United States and the European Union are considering going after Iran's oil profits, which account for more than half of the regime's revenue, diplomats and U.S. officials said.  Profits from Iranian crude, U.S. officials and diplomats say, have offset the pain of increased American and European sanctions on Iran's financial sector and are the one thing still allowing Iran to pursue its nuclear ambitions.

The challenge, they say, is how to go after Iran's oil without causing a spike in worldwide oil prices.

The main target in the approach is Iran's Central Bank, which countries must deal with to buy petroleum. On Capitol Hill, Congress is pushing legislation that would prevent foreign financial institutions that do business with the Iranian Central Bank in Tehran from operating in or doing business with the United States.

At first, the Obama administration balked at the bill, concerned the measures could drive up oil prices and wreak havoc on jittery world markets. Officials were also mindful the move could backfire by increasing the value of Iranian oil sales, boosting the regime's coffers and allowing it to continue funding its nuclear program.

But the administration may now be willing to play ball, administration officials tell CNN, after adjustments were made to the legislation to provide President Obama with greater flexibility in implementing the law. END_OF_DOCUMENT_TOKEN_TO_BE_REPLACED 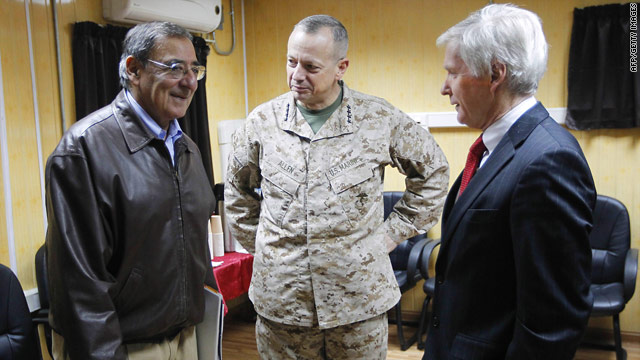 There are signs of a thaw in a Pakistani freeze on cooperating with the United States and NATO after 24 Pakistani soldiers were killed at a border post last month, the most senior American commander in Afghanistan said Tuesday.

Pakistan intends to send its liaison officers back to coordination centers it had staffed along with the Afghans and NATO forces, Gen. John Allen told reporters in Kabul. Allen said he spoke to his counterpart in Pakistan, Gen. Ashfaq Parvez Kayani on Monday.

"I do have a sense of progress," Allen said. He would not go into details of the conversation, but did say, "The outcome was that we stayed at our mutual commitment to address any shortfalls that might have caused this event, but also to ensure that we work closely together, because the border is always going to be there."

In the aftermath of the border attack, Pakistan recalled staff from coordination centers on the border and in Kabul and closed down key shipping routes for NATO supplies in Afghanistan. END_OF_DOCUMENT_TOKEN_TO_BE_REPLACED 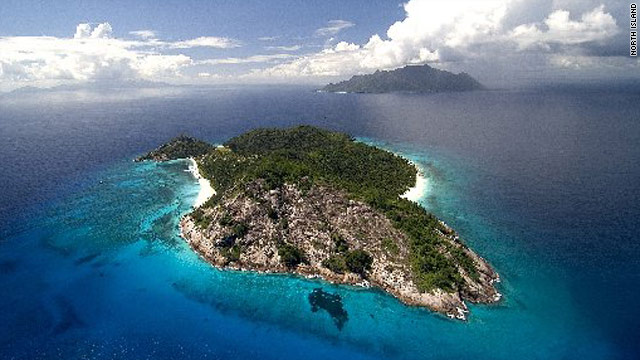 The cable describes President James Michel opinion of Somalia: "that country could prove a 'nest for terrorism' if the problem isn't attacked head on." END_OF_DOCUMENT_TOKEN_TO_BE_REPLACED

Six al Qaeda in the Arabian Peninsula operatives - including one high-value target - were captured by Yemeni security forces, the country's embassy in the United States said Tuesday.

Musaed Al-Barbari, an AQAP leader who authorities say attacked the Sanaa International Airport in 2009, was among those captured, the embassy said.

"The terrorism suspects have been carrying out surveillance, and planning missions aimed at targeting government and high ranking security officials," the embassy said. "Furthermore, the cell was planning on orchestrating attacks on foreign missions and critical state installations."

Authorities found weapons, explosives as well as training and recruiting material in the possession of Al-Barbari, the embassy said.

The embassy also sought to clarify an earlier report - attributed to security forces - that 15 AQAP prisoners had escaped from a south Yemen prison Monday.

The fugitives were not members of al Qaeda, but they were facing other criminal charges, the embassy said. Three of the escapees have been captured so far, it said.

Iran says 'thanks for asking but we will keep the drone'

Despite President Obama asking, it is hardly surprising that Iran is not rushing to return the downed U.S. drone.

On Monday, in the first open admission by an American official that the drone on Iranian television was indeed the U.S. drone, President Obama said a request to return the drone had been made.

"We've asked for it back. We'll see how the Iranians respond," Obama said.

Well, the response appears to be, unsurprisingly, 'thanks, but no thanks.'

Iran is making the most of the capture, judging from comments by Iranian President Mahmoud Ahmadinejad who spoke to Venezuelan state television on Tuesday.

"The North Americans at best have decided to give us this spy plane," Ahmadinejad said. "In the unpiloted planes, we have had many advances, much progress and now we have this spy plane."

"The U.S. spy plane is among the assets of the Islamic Republic of Iran," Vahidi told reporters Tuesday, according to the semi-official Fars News Agency. "Our country will decide what to do with it." END_OF_DOCUMENT_TOKEN_TO_BE_REPLACED