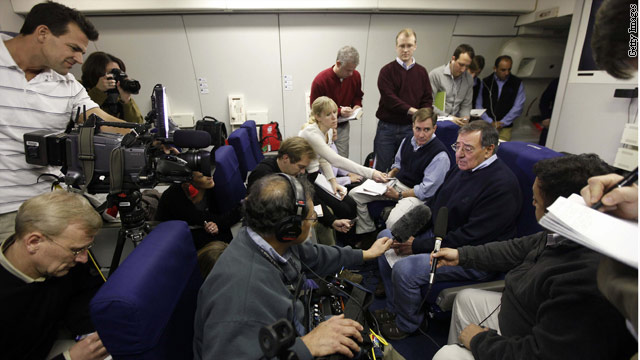 Panetta concerned but confident about US row with Pakistan

Defense Secretary Leon Panetta mastered the obvious Monday when speaking about the current state of U.S. relations with Pakistan in the wake of a cross-border shooting that Pakistan said left 24 of its soldiers dead. "What took place has complicated that relationship," Panetta said to reporters at the start of his latest overseas trip.

The major complication has been Pakistan closing down the supply routes the U.S. military uses to carry everything from food to fuel to troops in Afghanistan.

Panetta said Monday, "We feel pretty confident that our troops have the supplies they need to continue their operations in Afghanistan. And our command structure has done an incredible job ensuring that one way or another we are able to get those supplies in."

But even though Panetta said the route closures haven't hurt the U.S. mission in Afghanistan yet, that doesn't mean he isn't worried.

"We are concerned about the closure of the routes through Pakistan," Panetta said.

He did say he hoped the situation wouldn't be permanent.

"We continue to work with them to see if we can get those re-opened as soon possible. I am confident that that will happen. I can't tell you when, but I remain confident that at some point we're going to be able to restore our normal supply routes."