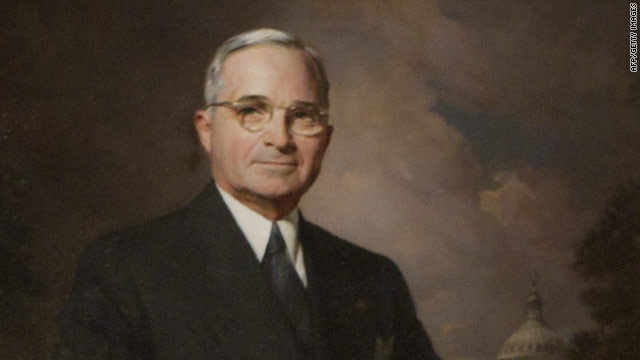 In a search for strategic clarity, we can do no better than to re-read the NSC 68 report done by the Truman Administration at the start of the Cold War.  While that document framed the policy of containment and the subsequent practical strategies that ushered the Soviet Union out of business, its enduring insight – one we appear to have lost touch with – is about the role of America in the world.  That role, the report declared, was anchored in the domestic character of the republic, and had consequences.

NSC 68 went on to discuss the second and third “realities” at length, describing the “actual and potential…intentions and capabilities” of the United States.  “Our overall policy,” the report observed, “may be described as one designed to foster a world environment in which the American system can survive and flourish.”  This “is a policy we would probably pursue even if there were no Soviet threat.”

Thus, upon the demise of the Soviet empire and for two decades since, the United States has struggled to foster a new global system to promote our flourishing.  In particular – and with the Soviet collapse ushering in what even in this season of financial turmoil appears to be a durable peace in Europe – we have worked hard to create a “greater Middle East” conducive to the survival and flourishing of an American international system.

The third reality as that military power – hard power – remained the ultimate arbiter of international relations. About this, NSC 68 was unequivocal.

It was and continues to be cardinal in this policy that we possess superior overall power in ourselves or in dependable combination with other likeminded nations.  One of the most important ingredients of power is military strength.  Without a superior aggregate military strength, and it being and readily mobilizable, a policy of “containment” – which is in effect a policy of calculated and gradual coercion – is no more than a policy of bluff.

To be sure, succeeding presidents varied as to what “superior aggregate military strength” looked like, and what might be “dependable combinations” of allies.  But the basic yardstick for assessing what was needed for overall American flourishing was the same.  And so, by defining fundamental American purposes, NSC 68 also gave durable guidance to the Department of Defense and other agencies of the government; the bureaucracies had their marching orders.

But in recent years, the message has become obscured and watered down.  Thus, the Bush Administration’s final National Security Strategy took as its first directive the need to “champion aspirations for human dignity.”  No one would suggest the United States not be a champion for human dignity, but is this the purpose of U.S. power – or, really, a fortunate by-product of traditional American statecraft?  The Obama Administration’s 2010 strategy, rather than looking outward, looked homeward, prefiguring the “nation-building at home” trope that is now the president’s constant theme.  “Beyond the horizon” of the wars in Iraq and Afghanistan, the administration wished to pursue “a strategy of national renewal” to rebuild “the foundation of American strength and influence” abroad.

Those who crafted NSC 68 – which was an elaboration of Harry Truman’s “doctrine” and his fundamental view of America and its role in the world – would have rejected this separation of domestic and international affairs.

“In the absence of affirmative decision on our part,” they wrote, “the rest of the free world is almost certain to become demoralized.” Nor did they quail at the costs of American leadership.  Though gross domestic product and per-capita income were about one-fifth of today’s level, they believed that the United States could support military budgets of  “six to seven percent of its gross national product….without suffering a decline in its real standard of living.”  And indeed the Cold War average of seven percent (including higher levels during the Korean and Vietnam wars) saw continuous economic expansion.

A fundamental question for those Republicans campaigning to replace Barack Obama as commander-in-chief and, as Harry Truman might have put it, as “leader of the free world,” is how they intend to restore American greatness in a troubled time.  While they must assess the threats we face, they would do well by going back to the future as NSC 68 did:  reminding us of the fundamental ends, ways and means of our national security.

Thomas Donnelly is a resident fellow and director of the Center for Defense Studies at the American Enterprise Institute.  Baker Spring is the F. M. Kirby Research Fellow in National Security Policy in the Douglas and Sarah Allison Center for Foreign Policy Studies at The Heritage Foundation.