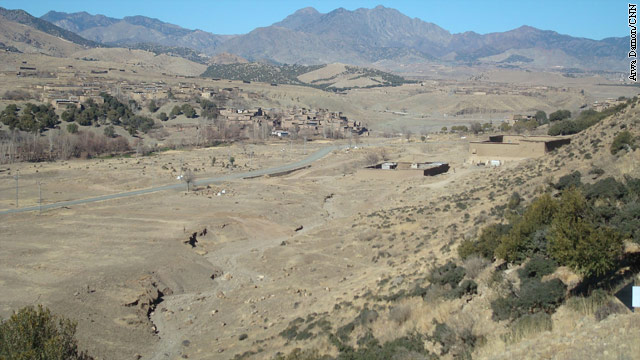 Two British militants suspected of having links to several al Qaeda plots against the West are reported to have been killed in a drone strike in Waziristan, one of Pakistan's tribal areas.

It is not clear when the men - Ibrahim Adam, 24 and Mohammed Azmir Khan, 37 - were killed, but family members were quoted in the British press as saying they had been killed in a drone strike. British security services have reached the same conclusion, a source in contact with British intelligence told CNN.

The UK Foreign Office said Friday it was aware of the reports and was looking into them.

Both men were part of a network of radicals from East London, according to the British source, and had brothers already implicated in al Qaeda terrorism.

Ibrahim Adam has long been on the radar screen of British security services. His brother, Antony Garcia, was arrested in 2004 in a British police investigation named Operation Crevice and charged with being part of a five-man al Qaeda cell plotting to blow up targets in London, including a nightclub, with huge fertilizer bombs.

Garcia - who attended a training camp in Pakistan with two of the July 7, 2005, London bombers and changed his last name to try to lessen suspicion of his activities - was subsequently convicted of participating in the plot.

While in Pakistan, Garcia wrote a letter to Ibrahim that was subsequently found at the family home in East London. "We will meet either in this life or the hereafter. ... Study hard in Islamic matters, don't let them know you have future plans, better that they think you are a fool than someone good," it cryptically stated, according to the Daily Telegraph.

Adam himself departed for Pakistan in 2007 despite reportedly being under a court order because of his suspected links to terrorism. For several years very little information emerged about his whereabouts. But when Norwegian police raided the residences of a suspected al Qaeda cell in the summer of 2010, they discovered Ibrahim's passport photo, raising concerns he might be attempting to travel back to Europe.

Khan, the second Briton killed in the drone strike, had two brothers suspected of involvement in al Qaeda. His younger brother, Mohammed Jabar Ahmed (known in militant circles as Abdul Jabber), and his older brother Mohammed Tunveer Ahmed (known as Tanveer Ali) linked up with al Qaeda after the 9/11 attacks in the United States, according to a source made aware of details of the British investigation.

Abdul Jabber was killed in a drone strike in September 2010 after reportedly becoming involved in a plot to attack the United Kingdom. Intelligence about Jabber's plotting contributed to an alert that al Qaeda was plotting "Mumbai-style" attacks against Europe that fall, according to several reports.

The involvement of Khan's two brothers in militant activities was outlined in testimony by Mohammed Junaid Babar in the trial of British terrorists arrested in Operation Crevice in the United Kingdom in 2004.

According to Babar's testimony, the brothers were militants from East London who worked in the London offices of al-Muhajiroun, a pro-al Qaeda British group, before traveling to Afghanistan around the time of 9/11 to fight with the Taliban. After the fall of Kabul, Abdul Jabber and Tanveer Ali traveled on to Pakistan to "further the interests of jihad" by working in al-Muhajiroun's offices in Lahore.

Babar testified that the brothers left Lahore to get explosives training in Kashmir. That training was organized by British terrorist Omar Saaed Sheikh, who in January 2002 orchestrated the murder of Wall Street Journal reporter Danny Pearl, according to Babar.

The identity of the two men killed, and their links to Islamist extremism, were first reported by the Daily Telegraph newspaper in Britain.

In the last two years a half-dozen German militants are believed to have been killed in drone strikes. But according to European counterterrorism officials, Western militants are still traveling to the tribal areas of Pakistan in an attempt to fight U.S. and NATO troops in Afghanistan, providing al Qaeda with opportunities to recruit them for terrorist attacks back in their home countries.

According to a report issued by the British Home Office in July, UK residents are among hundreds of European militants currently training or linked to al Qaeda ir jihadist groups in Pakistan.

In September, British police thwarted an alleged plot to bomb targets in Britain by an alleged terrorist cell in Birmingham. Two of those arrested were charged with "traveling to Pakistan for training in terrorism, including bomb-making, weapons and poison-making" sometime after Christmas Day 2010.