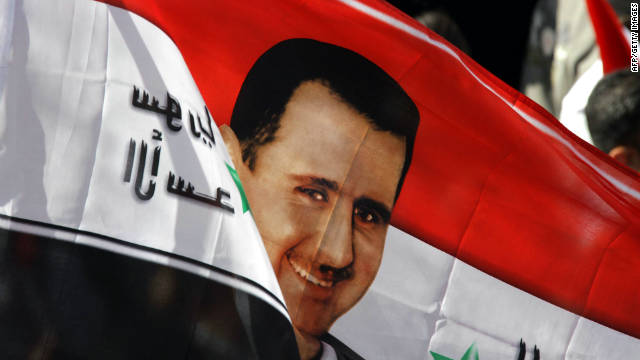 But Assad isn't letting go easily. There are few fissures inside his regime. Ambassadors are not resigning, nor are generals defecting.  The Arab League and Turkey may chide Assad’s vicious response to his opponents, but they appear unwilling to back their rhetoric with action.

And what of the capital of the free world? Thus far, Washington has done little. Those who would rationalize the President's inaction suggest that there is little for us to do.  Better to wait for regional powers to respond, for the United Nations to be decisive, and for things to sort themselves out.

Mr. Obama told us that the prospect of massacres in Libya tugged at his heartstrings, but so far he has been unmoved by the murder of 3000 Syrians.

What does this mean for the future?  It does not mean that Mr. Assad will hang on.  Increasingly his days appear to be numbered, though the manner of his departure from power and the number of lives it will take are less clear.  But much as Russia and China have earned the undying enmity of the Syrian people for shielding the Assad regime from Security Council sanction, so too has the United States been noted as an almost indifferent player.  Nice ambassador, bad boss.

As Syria sorts itself over the coming months and years, it would be good to ensure that this pivotal country ends its ties with Iran, and starves Hezbollah and the various other terror groups for which it is the lifeline.  But to date, Obama has done nothing to suggest to Syria’s future rulers that the U.S. is a friend who merits a say in their plans.

It would also be good to ensure that U.S. interests and allies in the region are comfortable with the direction a new government in Syria takes.

America benefits from being on the side of right against wrong, unequivocally, leading from the front and not behind.  That opportunity is almost lost to us now.

The next president will need to contend with a freer Arab world, a messier Arab world, and in places like Syria, an Arab world that knows that when the chips were down, America was all but absent.