When you absolutely have to get there fast (and bomb something)

The military took a big step forward in the pursuit of speedy strike capability with the successful test of a hypersonic speed weapon, one designed to travel five times the speed of sound for long distances.

The military was only willing to share some details, and the exact speed was not one of them. But from its launch from Kauai, Hawaii, CNN calculated the vehicle traveled an average of 4,800 miles per hour in order to reach the Kwajalein Atoll in the Marshall Islands in 30 minutes.

While this specific vehicle is not planned to go into production, the test was meant to collect data on the technology and performance.
END_OF_DOCUMENT_TOKEN_TO_BE_REPLACED 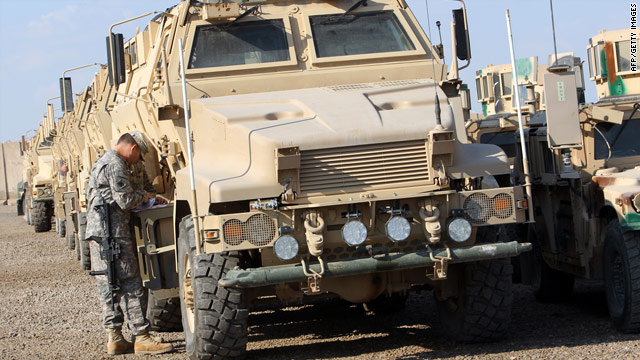 About that Iran explosion...

That explosion last week at a missile plant in Iran appears by all accounts at this point to have been an industrial accident, according to two senior defense officials.

The officials tell CNN that the U.S. believes the Iranians were mixing volatile fuel for a rocket motor for a large ballistic missile when the accident occurred.  The officials asked not to be identified because of the sensitive nature of the information.

The explosion also caused other nearby munitons to detonate, killing several Iranian personnel.  Iran has been working on long range ballistic missiles that U.S. intelligence believes could be capable of carrying a nuclear warhead if Iran develops one.

As the Senate prepares to consider the National Defense Authorization Act for 2012, the Office of Budget Management has issued a statement saying senior advisors would recommend a veto if the bill because it constrains the president's "critical authorities to collect intelligence, incapacitate dangerous terrorists".

The OMB criticizes the provisions as restricting counter terrorism and injecting "legal uncertainty and ambiguity" that complicates the detention process. 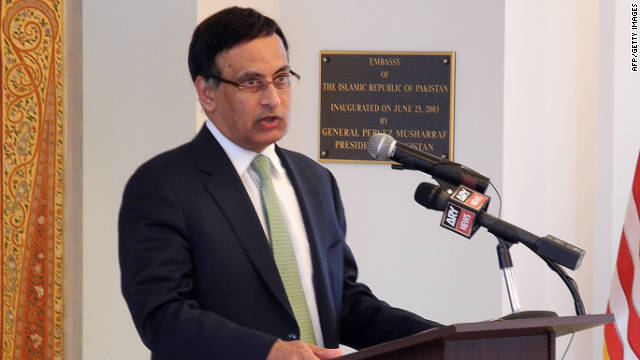 Pakistan's ambassador to the United States has offered to resign amid alleged links to a secret offer to Washington by Pakistani President Asif Ali Zardari to cut down the powers of the country's military leadership, our Reza Sayah and journalist Nasir Habib report from Islamabad.

"I serve at the pleasure of the president of Pakistan and the prime minister," Ambassador Husain Haqqani told CNN Wednesday.

"I have communicated my willingness to resign or participate in any inquiry that brings an end to the vilification against the democratic government of Pakistan currently being undertaken by some elements in the country."

Haqqani's resignation offer follows swirling media reports that Zardari asked Washington in May to help him hold on to power because he feared a military coup after the U.S. raid on Osama bin Laden's compound in Abbottabad, Pakistan.