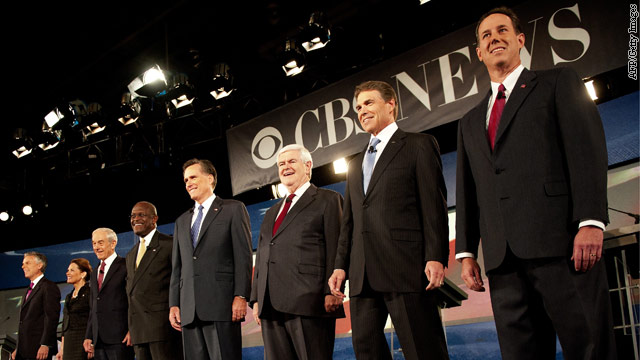 If there's an area GOP presidential candidates seemed to agree on Saturday night, it's that President Barack Obama is not doing enough to contain Iran's nuclear ambitions.

Former Massachusetts Gov. Mitt Romney said Obama's Iran policy was his "greatest failing," and did not rule out military action against Iran in a potential Romney administration.