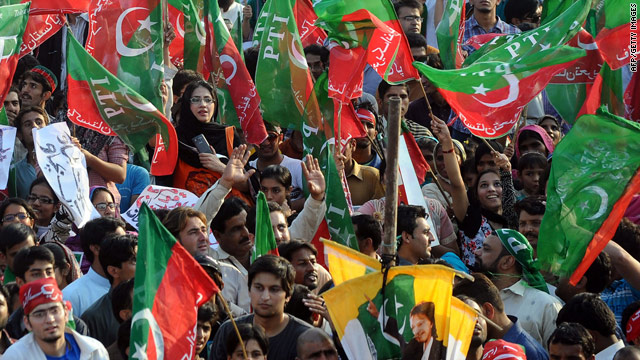 Though Pakistani authorities have at times helped round up wanted al Qaeda leaders from their soil, their overall record has been disappointing.  Of particular concern to the US:  continued Pakistani support for the Afghan Taliban, the Haqqani network and other militants who regularly use safe havens in Pakistan to attack US troops in Afghanistan.

Stepped up attacks by Haqqani Network insurgents in recent months, including an audacious assault in September on the U.S. embassy in Kabul, have added urgency to long-standing misgivings about Pakistani intentions.  The country's powerful army has long used jihadist groups to assert influence in Afghanistan and bleed India in the disputed territory of Kashmir.

One possible response to what is colloquially known as Pakistan's double game - fighting some terrorists while helping others - is to move from a strategy of engagement to one of containment.  This would place less emphasis on carrots such as aid and advanced equipment.  Instead, it would rely more on sticks such as targeted sanctions against military officers involved in aiding America's enemies, and more unilateral Abbottabad-style raids against high value targets.  (Keep in mind that Al Qaeda's Ayman al-Zawahiri and the Taliban's Mullah Omar are believed to live in Pakistan.)

The main idea:  target Pakistan's recalcitrant military while sparing its civilian population and continuing to strengthen Pakistan's fledgling  democracy.  Whether it will be implemented, and how Pakistan will respond, will be one of the most important decisions the president will have to make in South Asia.

Sadanand Dhume is a resident fellow at the American Enterprise Institute in Washington, D.C