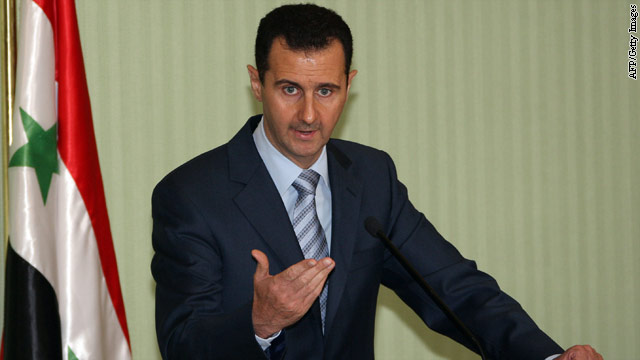 With reports of mounting civilian deaths in Syria, the U.S. State Department took the unusual step Friday of advising Syrians not to take up the their government's offer of amnesty for demonstrators who turn in their weapons.

Spokeswoman Victoria Nuland, responding to a reporter's question about the offer to turn themselves in, said she had not heard such reports.

"This would be about the fourth amnesty that they've offered since I took this job about five months ago," she said. "So we'll see if it has any more traction than it's had in the past."

Pressed on whether she would advise Syrians to accept the amnesty offer Nuland briskly responded, "I wouldn't advise anybody to turn themselves in to regime authorities at the moment."

The U.S. has reports that at least twelve more civilians died Friday and 23 were killed in the government crackdown Thursday, Nuland said. Syrian opposition activists have placed the civilian death toll at 21.

"This comes two days after the Assad regime promised the Arab League to implement the plan that they signed up for, and, to date, not a single one of the commitments that it has made to the Arab League have been fulfilled," Nuland said.

The pledge by the Assad government to abide by the Arab League proposal includes stopping all violence, releasing all detainees, withdrawing all armed elements from populated areas and allowing unfettered access to journalists and to Arab League monitors.

"We have a long, deep history of broken promises by the Assad regime," Nuland said, "and we seem to have that streak unbroken here - or broken again."

The State Department spokeswoman stopped short of directly urging Arab countries to call publicly on Assad to step down, as the U.S. has done, noting "the Arab League countries will make their own national decisions.

"We've made clear to them that we would like to see all of the partners that we work with on Syria do as much as they can to match the steps that we have already taken to increase the political and economic reassure on the Assad regime," Nuland said.