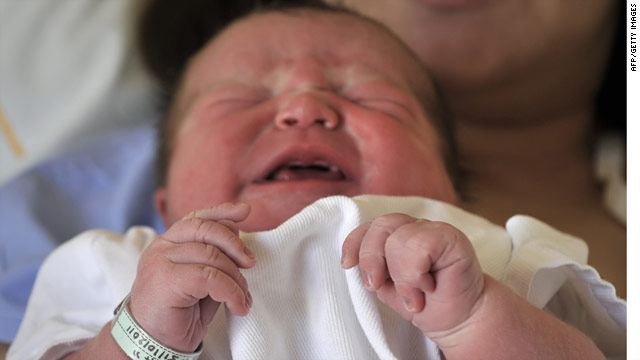 This is not to say that the human pressure on the environment is decreasing. Indeed, the opposite is true. However, demographic growth is not the main reason.Rich countries, whose citizens by virtue of their consumption patterns create the greatest pressure, have low birthrates.  Poor countries, whose citizens create the least pressure, have the highest birthrates. Economic growth is the primary cause of pressure on the Earth’s environment – but economic growth is driven by technology which, in turn, provides the means by which such pressures can be best managed.

We cannot wish away serious ecological issues, such as the steady increase in greenhouse gases or the steady decrease in critical resources (e.g., phosphates).  But population growth per se need not portend ecological catastrophe.

For example, a baby born in Europe or Japan should not worry about the pressure of population on the prospects for war.  His or her worries would be better spent wondering how to support aging parents and grandparents and cope with life in a country whose native-born population is likely to start shrinking soon.

Babies born in India may have more cause to worry about civil strife from population pressures, but those growing up on the farm will likely be better off planning their move to the city, where population pressures have a different meaning (less time spent looking for firewood, more time spent commuting).  Asian countries are rapidly urbanizing even as population pressures are depleting local water tables.  In the long run, some other country (perhaps the United States) may have to feed them.  Such a dependency may be uncomfortable but tends to be conducive to maintaining good international manners.

If the baby first sees light in China, it will not only have to worry about supporting revered ancestors but, if a baby boy, finding a marriage partner. Boys outnumber girls by roughly six to five.  No one knows whether an urbanized society with so many unmarriageable men is stable but, fortunately, there are no early indications that it will not be.

African babies will have cause to worry because birthrates on that continent are high and falling more slowly than everywhere else.  The longstanding conflict and chaos of Africa’s Great Lakes region (Rwanda, Burundi, and parts of the Democratic Republic of Congo) appear to be exacerbated by very high population densities.  But certain of Africa’s trends are promising – economic growth is finally robust, and fragile democracies are taking root.

The American baby may have the fewest worries. Population growth is positive, thanks to net immigration, but not wildly so, thanks to moderate birth rates.

Fears that the slow-growth West may find national security overwhelmed by clever less-affluent states with their hungry masses are unfounded.  It is no longer massed manpower that wins wars but money – to buy training and platforms – and, of late, wizardry in the form of precision weapons, drones, robots, electronic and cyber combat.

Although the U.S. population may not be growing as fast as Pakistan’s or Nigeria’s, it is likely to have more than enough gross national income to devote to defense against threats from high growth-rate countries, and more than enough freedom to attract those clever enough to keep the wizardry working.

So, sleep well. The world you are entering may be somewhat more crowded, but not likely any more violent for that fact.

Leave a Reply to Smokey