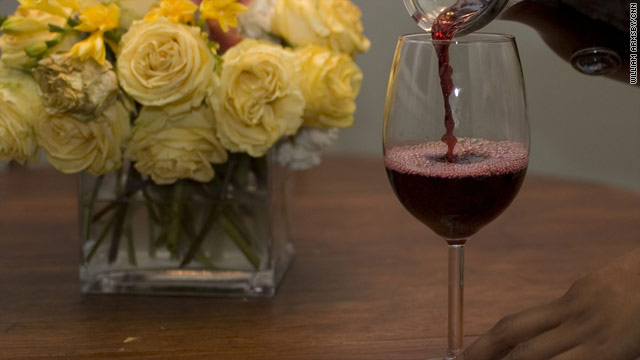 Leon Panetta's New Year's Eve toast will be one that has been 10 years in the making. The Pentagon is confirming that a California restaurateur friend of Panetta's will open a bottle of wine with an estimated value of $10,000-$15,000, and the secretary of defense will be one of several friends toasting Panetta's CIA-run mission to get Osama Bin Laden.

Monterey, California, restaurateur Ted Balestreri made a bet with Panetta while Panetta was CIA director that if he ever "got" bin Laden, Balestreri would open the oldest bottle of wine in his restaurant.

The secretary told his friend "you're on," according to Douglas Wilson, the assistant secretary of defense for public affairs.

Wilson said so many Panetta friends are likely to be together New Year's Eve that each will get only a small sip of the expensive wine.

The toast is not about celebrating bin Laden's death in the U.S. commando raid that killed him, said Wilson. But when CNN asked if it's appropriate, Wilson said, "Absolutely. Secretary Panetta has had New Year's Eve gatherings with toasts with friends for years and this year there will be a special toast."

According to the San Jose Mercury News, the wine is an 1870 Chateau Lafite Rothschild, which a review on the website of New York wine merchant Morrell & Company describes as having "a huge nose of freshly sliced celery, mint, cedar, and cassis" with "a sweet, jammy, powerful finish."