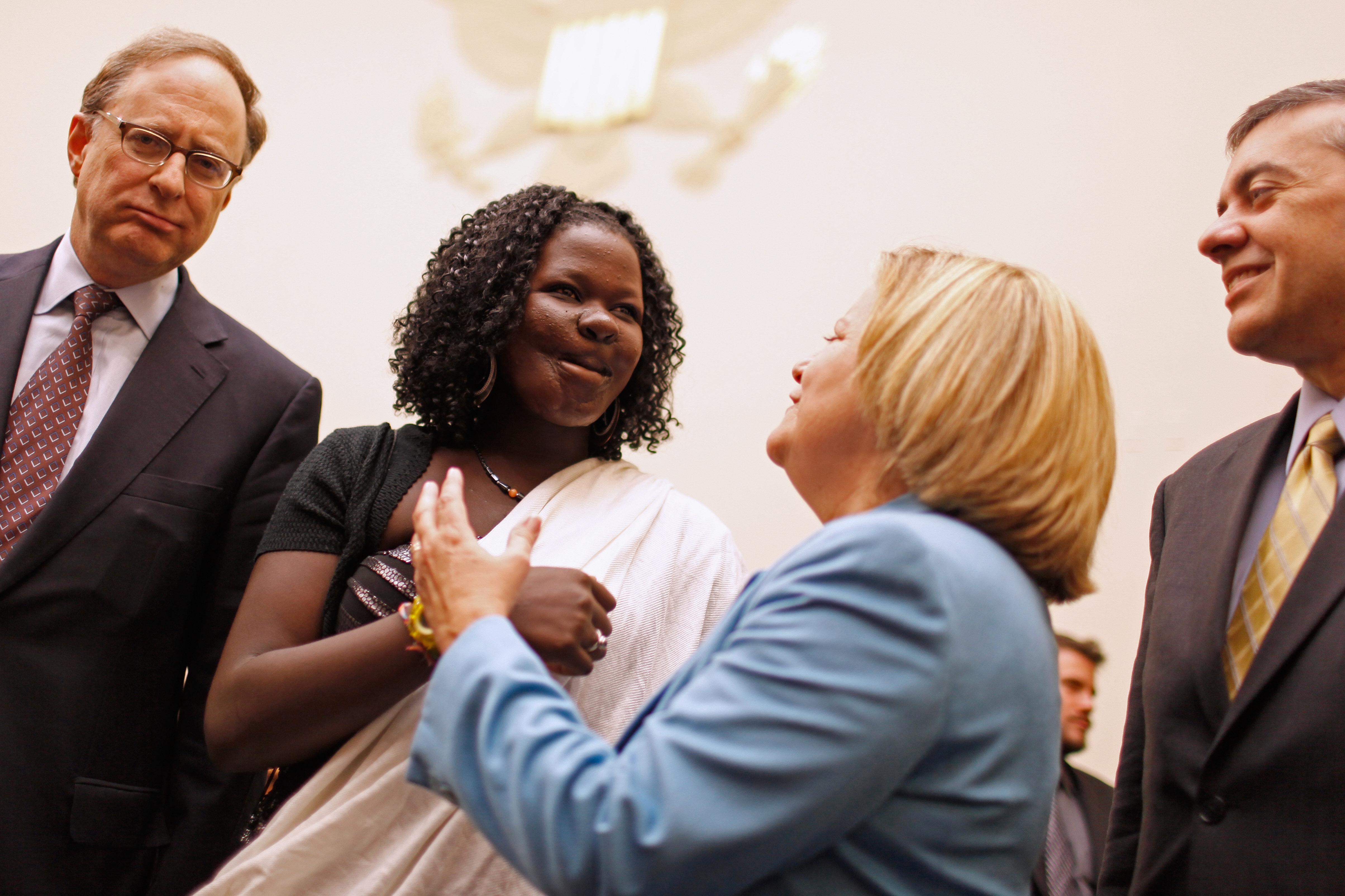 While the mission does not call for the U.S. troops to engage in direct combat operations, they are carrying weapons to be used in self-defense should the need arise, which triggered the requirement to notify Congress of their deployment.

"We will review the operation in a few months to see whether it's achieving the desired effect through this enhanced qualitative change in the nature of the training that we are providing, and to see whether it is having effects" in terms of eroding the LRA, Vershbow said.

"This is a short-term deployment with specific goals and objectives," Deputy Assistant Secretary of State for African Affairs Donald Yamamoto told the committee. "We believe the U.S. advisers can provide critical capabilities to help regional forces succeed. We will regularly review and assess whether the advisers' effort is sufficient to enhance the regional effort to justify continued deployment."

Despite the stated advisory role of U.S. forces in the mission, members of the committee voiced concern over the way Congress was informed of the mission, and its future scope.

"I believe (the notification to Congress) came out Friday afternoon, just before members were breaking for a week to go back for district work periods," Rep. Don Manzullo, R-Illinois, said. " I have a lot of concerns. I have a lot of anxious moments about whether or not the number of troops won't grow to 200-300 or even more."

Manzullo said he would reserve final judgment on those questions for a later time.

When asked how success of the mission was defined, Vershbow said the capture or killing of Kony and his leadership team was certainly part of it. Evidence of further fracturing and defections from the ranks of the LRA would also play a role, along with whether the United States saw "tangible" improvements in the forces the U.S. troops are advising.

"The United States deploys a hundred military advisers who happen to be special forces - you know, I think we should just call this what it is, it's a kill and capture mission," said Rep. Brian Higgins, D-New York.

"We certainly are trying to enhance the capacity of our partners to capture or kill Joseph Kony and other commanders," Vershbow said in response. "But they will be doing the actual military mission on the ground. We will be advising and assisting them so that they can be more effective in doing it."

The focus of the mission, both Vershbow and Yamamoto said, was for the U.S. forces to enable the African troops to have the capacity to cripple and eventually defeat the LRA.

The LRA, formed in the late 1980s, is a sectarian military and religious group that operates in northern Uganda and South Sudan. It has committed numerous abuses and atrocities such as abducting, raping, maiming and killing civilians, including women and children, according to globalsecurity.org. Its members are known for hacking off the lips and ears of their victims, looting villages and burning huts, and stealing clothes and medicine from the communities they terrorize.

The group has sought to overthrow the Ugandan government and has contributed to instability across the Central African Republic, the Democratic Republic of the Congo and South Sudan.

Its leader, Kony, professes to have spiritual powers. He is often "underrated" as a leader, according to a 2011 Jane's report on the group. Kony has claimed to be possessed by spirits who dictate the group's strategy. Jane's notes that the tactic has served him well, enabling him to speak to followers who have mixed beliefs. By portraying himself as a medium with supernatural abilities, his authority becomes harder to question within the ranks.

The LRA is sophisticated and less like the ragtag group of fighters it is sometimes portrayed as, Jane's says. It has benefited from the military experience of former Ugandan military officers and years of combat in Sudan.

International aid convoys and non-government organizations operating in the region have been threatened by the LRA, according to numerous reports. Human Rights Watch, in a letter released in May, urged the U.S. government to step up its effort to protect people from the group.