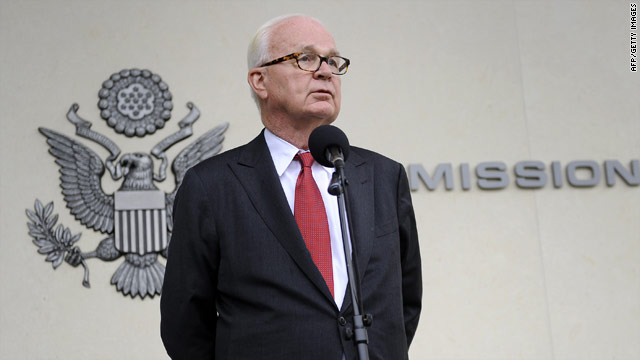 The two days of talks between the United States and North Korea ended with an agreement that more talks will be needed to consider whether everyone is ready to resume the actual talks about North Korea's nuclear weapons program.

Speaking after the conclusion of the two-days of meetings in Geneva, Switzerland, Ambassadaor Stephen Bosworth, the U.S. Special Representative for North Korea Policy said the talks were "generally constructive," with a narrowing of differences between the two countries. Bosworth would not give specifics.

"We narrowed differences on several points and explored our differences on other points. We came to the conclusion that we will need more time and more discussion to reach agreement in an effort to assess whether we have sufficient agreement to resume our active negotiations both bilaterally and in the Six-Party process," Bosworth said on Tuesday.

The two parties will return to their respective capitals and "be in touch," Bosworth said.

Back in the United States, a senior State Department official tempered expectations on how quickly North Koreacould respond.

“North Korea’s team obviously has to go home now and has to consult with their leadership. We all know how the North Korean system works. We do think it’s going to be not a matter of days or weeks but probably a matter of weeks and months before we’re going to be able to really know where we’re going next on this. We expect it will take some time for the North Koreans to digest what we talked about in Geneva," the official told CNN's Foreign Affairs Correspondent Jill Dougherty reports.