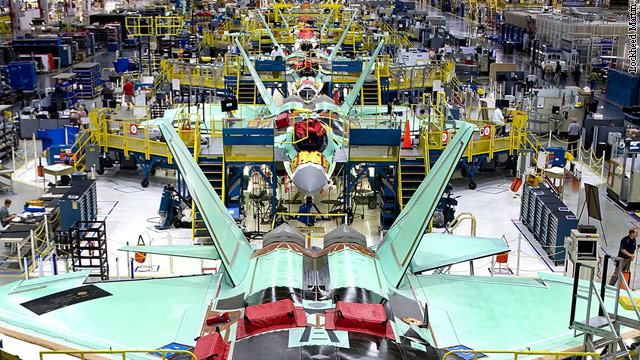 Defense cuts would hurt some states more than others

The ripple effects of uniform cuts across the Defense Department budget wouldn't shake out equally across the country, according to a major defense industry trade association.

California, Virginia, and Texas would be hit with the brunt of job losses if hundreds of billions of dollars were axed from the Pentagon, according to a new study commissioned by the Aerospace Industries Association.

"The multiplied impact of aerospace and defense workers losing their job is very simple: purchase of consumer goods goes down overnight, homes become unaffordable and the housing crisis is compounded, and so forth," said Stephen Fuller, who conducted the analysis. He is the director of the Center for Regional Analysis at George Mason University and Economic Modeling Specialists Inc .

"The 10-year defense budget cut will be felt in terms of layoffs starting in 2012, escalate and conclude by 2014," he added.

The Defense Department is already required to cut $400 billion from its budget over 10 years as part of an agreement that allowed President Obama to raise the debt ceiling. The same deal created a congressional "super committee" tasked with finding another $1.5 trillion in government savings over the next decade.

If the commission cannot come to agreement on where the cuts should come from by the end of November, another $600 billion would automatically be axed over 10 years from the defense budget.

The analysis was based on a projected reduction of $45 billion a year from the Pentagon's military modernization accounts, which the study says the aerospace and defense industry derives its revenues from, and assumed job losses would be proportional to the number of aerospace and defense workers in each state.