(CNN) - U.S. Secretary of State Hillary Clinton warned Iran on Sunday not to view the withdrawal of U.S. combat troops from Iraq as an opportunity to try to build its influence in the country.

"No one, most particularly Iran, should miscalculate about our continuing commitment to and with the Iraqis going forward," she told CNN's "State of the Union" when asked whether Iran's relationship with Iraq is a concern.

In an interview last week with CNN's Fareed Zakaria, Iranian President Mahmoud Ahmadinejad said his country will not increase its involvement with Iraq because of the U.S. withdrawal. "I don't think there is going to be any change," he said. END_OF_DOCUMENT_TOKEN_TO_BE_REPLACED 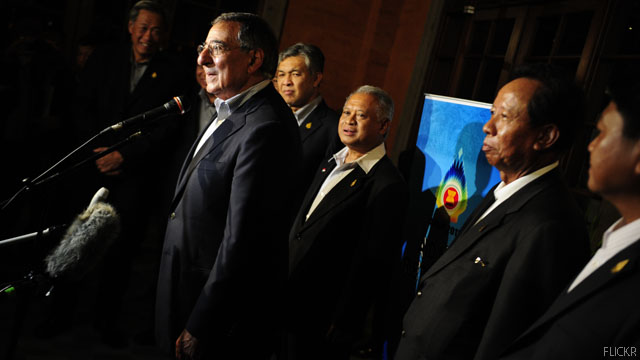 "I would commend them for the way that they've handled the news of that sale to Taiwan, compared to the past," Panetta told reporters after a meeting with Indonesia's defense minister Sunday in Bali. END_OF_DOCUMENT_TOKEN_TO_BE_REPLACED