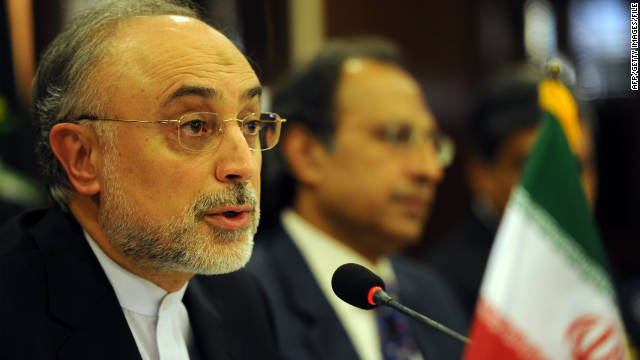 Iran: we will look at assassination plot evidence

Iran is willing to look at evidence that an Iranian man plotted to kill Saudi Arabia's ambassador to the United States, the country's foreign minister said Monday, even as he denied the allegations had "the necessary basis in fact."

"We are prepared to consider any issue, even if it is falsely created, with patience. We have asked the Unites States to provide us with the relevant information regarding this scenario," Foreign Minister Ali Akbar Salehi told the Islamic Republic News Agency.

The U.S. State Department said last last week there had been direct contact with Iran about the alleged plot, but a senior Iranian official denied it.

But the Iranian mission in New York denied it.

"There were no kinds of negotiations between the two countries, and there was not such a contact," said Alireza Miryousefi, press secretary for the Iranian Mission to the United Nations.

Foreign Minister Salehi said Monday the American allegations of a plot were aimed at creating discord between states in the region.

And he claimed that Iran had never been involved in terrorist operations, the Islamic Republic News Agency said.

Salehi's apparent willingness to look at evidence of the plot comes in stark contrast to the response of the country's supreme leader on Saturday.