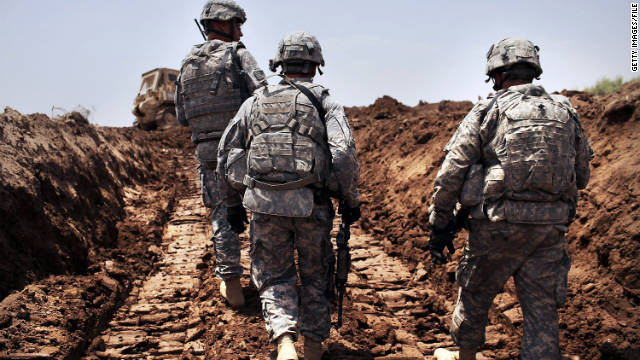 Ready to be last ones out, brigade gets pulled early

A brigade of U.S. troops originally scheduled to be among the very last to leave Iraq is being pulled out of the country months ahead of its planned departure, military officials said Saturday.

The announcement follows news this month that a deal to keep American troops in Iraq past a December 31, 2011, deadline to withdraw was on shaky ground after Iraqi leadership said any remaining U.S. forces would not be granted immunity from Iraqi prosecution. Secretary of Defense Leon Panetta and other top brass have repeatedly said any deal to keep U.S. troops in Iraq beyond the withdrawal deadline must require a guarantee of legal protection for American soldiers.

The Fourth Brigade Combat Team, First Armored Division, based at Fort Bliss, deployed to Iraq in August to replace two withdrawing brigades. The troops were sent with the understanding they would be among the last to leave the country and were told to expect up to a 12-month deployment, though it wasn't clear how long they would stay in Iraq. But brigade officials informed hundreds of military families gathered Saturday at its headquarters that their troops would begin returning home within weeks.

When family members inquired why soldiers were returning early, they were told by a military official: "Basically, what's happened ... is that the United States and Iraq have not come to an agreement," according to a CNN reporter who attended the meeting.

Additionally, the brigade official told families: "We were over there for a couple of missions. Those missions are finished."