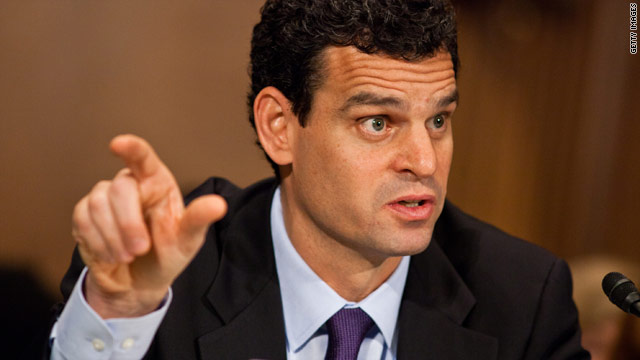 The United States will not reduce its efforts to isolate Iran through sanctions, administration officials told Congress on Thursday, and current efforts are paying off.

The top Treasury Department official dealing with terrorism and intelligence, appearing with counterparts from the departments of State and Commerce, told the Senate Banking committee that the ratcheting up of sanctions over the last year - including a host of new sanctions added this week after the revelation of an alleged Iran-backed assassination plot - is "putting increasing pressure on Iran."

"Our efforts are paying off. Iran is now facing unprecedented levels of financial and commercial isolation," said David Cohen, undersecretary for terrorism and financial intelligence at the Treasury Department. "The number and quality of foreign banks willing to transact with designated Iranian financial institutions has dropped precipitously over the last year. Iran's shrinking access to financial services and trade finance has made it extremely difficult for Iran to pay for imports and receive payment for exports.  Iran's Central Bank has been unable to halt the steady erosion in the value of its currency."

The insistence comes as question arise about the tightness of current sanctions.

The U.S. will increase its focus on preventing Iran from evading sanctions and put pressure on the Central Bank of Iran, Cohen said, adding that further pressure on the bank could have a "potentially powerful impact on Iran."

"All options are on the table," Cohen said, quoting from a letter Treasury Secretary Timothy Geithner wrote to the committee in late August.
Current sanctions are meant to target more than just Tehran's nuclear ambitions, a main concern about Iran, Cohen explained.

"We have been working for several years to address the full spectrum of Iranian illicit conduct, including nuclear and missile proliferation, human rights abuses, misuse of the international financial system and support for terrorist groups worldwide."