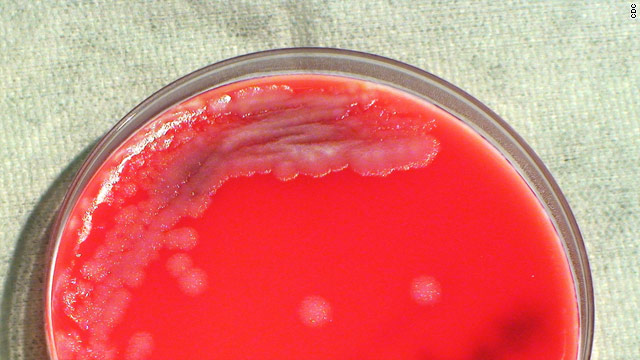 In a news release accompanying the report card, the Center said, "In the past decade the United States government has spent more than $65 billion on bio-defense, and yet it has done so without an end-to-end, strategic assessment of the nation's bio-response capabilities."

"America does not yet have adequate bio-response capability to meet fundamental expectations during a large-scale biological event," said Graham.

However, the report card suggests the country's ability to detect a small-scale attack and effectively communicate about it is improving. The Center gave the United States largely B's and C's in the category of communication.

One of the big concerns facing the United States is how quickly the country might react if terrorists launched an attack with biological weapons. "I think they'd have a psychological effect and potentially a huge effect in terms of human life," said Michael Leiter, former director of the National Counterterrorism Center, in a recent CNN interview.

Federal funding for public health departments dropped 15 percent in the last year and despite improved collaboration, hospitals still have limited capability to ramp up personnel and beds.

"Most major hospitals in this country are operating at 80, 90, 95 percent capacity on any given day, and I would think they would be sorely challenged to deal with hundreds, much less thousands or tens of thousands of casualties. And a circus tent in a parking lot is not going to make up the difference," said Dr. Arthur Kellerman with the RAND Corporation.

The report points out "advances in biotechnology have now enabled a small team of individuals with college-level training to create biological weapons."

The WMD Center recommends the United States needs to focus on improving response capabilities. The report card cites among its priorities leadership that sets clear priorities, mobilizing response planning and investment in science.

Leave a Reply to JiM in Mesa