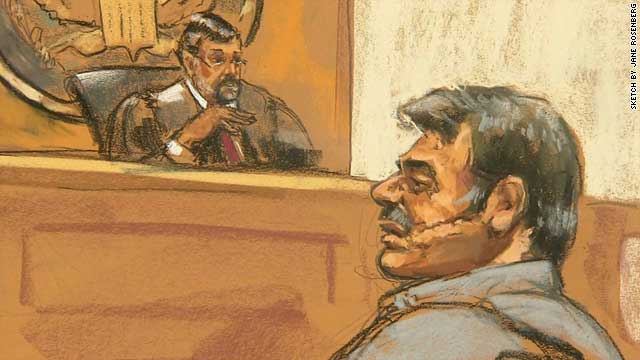 To make the case, Secretary of State Hillary Clinton and other senior officials in the department are going to be placing calls to leaders and foreign ministers, U.N. Security Council members and others with influence on Iran, the official said.

The official said the United States is looking for what Clinton calls a "chorus of international condemnation" of Iran.

A senior administration official, asked if there will be sanctions on more individuals related to this particular plot, responded, "We've done what we think is the network here."

Asked what actions the United States would take next, the official said, "We are continuing to look for additional ways to apply financial sanctions on Iran. We are very much in the business of increasing pressure on Iran through sanctions so Iran understands they have a clear choice to be made between coming to the table seriously (and) meaningfully, and facing further isolation and sanction.

"We're continuing on that course."

The official described it as an "informational briefing" and said that Burns will explain the details of how it went down, how the Obama administration handled it and the need to hold Iran accountable.

A third senior State Department official told CNN that the briefing will also try to allay any concerns that were raised in diplomats by word of an assassination plot against an ambassador in Washington. The official said the State Department Bureau of Diplomatic Security is working with the Secret Service and "taking all appropriate measures" to protect foreign diplomats and diplomatic facilities.

Saudi Ambassador Adel Al-Jubeir has always had his own State Department Diplomatic Security detail, as have previous Saudi ambassadors.