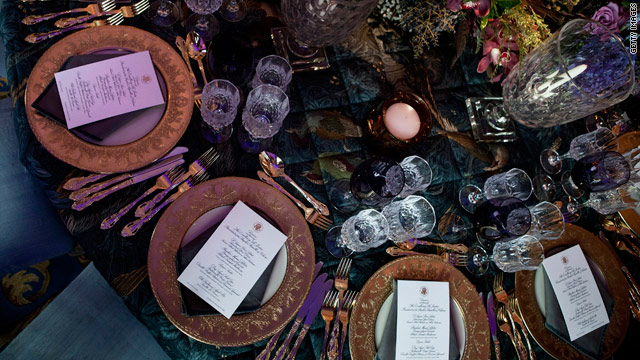 But it looks as if Obama's choice to be his new ambassador to Seoul won't be part of the festivities, due to a nail-biting political standoff over his confirmation which former diplomats warn could affect U.S. relations with a major ally and trading partner.

The administration's nominee to be ambassador, Sung Kim, was announced this summer. The choice of Kim, who would be the first American of Korean descent to hold the post, was hailed by Seoul as an opportunity to for the two countries strengthen relations.

Kim, a career diplomat who has served in several Republican and Democratic administrations, was until recently the U.S. envoy to multilateral talks aimed at ending Pyongyang's nuclear program. He was expected to be easily confirmed until Sen. John Kyl, R- Arizona, placed a hold on his confirmation, sources tell CNN.

Kyl's Senate office did not return a call for comment. Sources say Kyl's objection has nothing to do with Kim, but rather concerns over U.S. policy towards North Korea.

In a letter to Secretary Clinton dated September 13, 2011, Kyl expresses "serious concern" about reports the United States may consider restarting to stalled so-called Six-Party Talks, along with South Korea, Japan, China and Russia on the denuclearization of North Korea.

The letter, obtained by CNN, does not mention Kim's nomination. In it, Kyl is seeking guarantees from Clinton that the United States will not engage in any more bilateral talks with North Korea or extend food aid and asks for a written response explaining the administration's intentions toward Pyongyang.

Current and former officials who have read Kyl's letter say the senator lays out a vision for U.S.- North Korean relations that actually reflects the current administration approach toward Pyongyang. These officials say the administration has been principled about its policy toward North Korea and insists Pyongyang will not be rewarded, but rather will have to meet strict conditions before talks can begin.

According to State Department officials, a letter answering Kyl's concerns was sent last month, but efforts to schedule a briefing with Kyl's office to explain its policy in order to confirm Kim before Lee's visit have stalled.

Korea experts and former U.S. diplomats suggest the current political acrimony between the administration and Congress is at play and say the hold sends a poor message to a key ally with whom the United States is cooperating on a wide variety of diplomatic and political issues. Some sources who have been in touch with Korean leaders say Seoul has privately expressed the concern about the delay.

"This is apparently being done for partisan reasons, since there is no other public reason being offered," said Jeffrey Bader, a former special adviser to to President Obama and senior director for Asia of the National Security Council.

As of now, current U.S. Ambassador to South Korea Kathleen Stephens is expected to remain in her post until after the state visit.

Increased tensions between the Koreans over the past few years have prompted the United States and Seoul to delay until December 2015 the transfer of wartime operational control of troops on the Korean peninsula to South Korea. South Korea has seen the North launch artillery fire at Yeonpyeong island and sink one of its warships, at which time the United States stepped up joint military exercises with the South. A warming of relations between the Koreas has in effect been a U.S. condition of resuming nuclear talks with Pyongyang.

"This is a time of acute sensitivity in this important relationship," Bader said. "The idea that at such a time we would not have an ambassador in place is not in line with our national security interests."

In addition to coordinating responses to the shared threat of North Korea, Washington and Seoul are also working together on climate change, economic issues through the G20 and a nuclear summit scheduled for next year in Seoul.

"The U.S.-Korean relationship is one of the most important we have in the world," said Chris Hill, a former U.S. ambassador to South Korea and top State Department official for Asia, under President George W. Bush. "There is a strong expectation on the Koreans' part that the U.S. should recognize that fact by having the new ambassador cleared and ready to begin his assignment in time for the Washington bilateral summit."

"It certainly doesn't look good when you have a state visit and the FTA going up and the Congress can't confirm our ambassador," added Victor Cha, former senior director for Asia at the National Security Council under President Bush. "This is not some remote, unimportant country. This is a country that has a lot of importance. The U.S. has a lot of positive things going on with Seoul, plus we have an alliance against a very dangerous adversary. You need an ambassador to be a real-time channel."

State Department spokeswoman Victoria Nuland wouldn't be drawn into questions about the delay in Kim's confirmation, except to say the administration stands by all of its nominees and "we're engaging with key senators and their staffs to work through remaining issues."