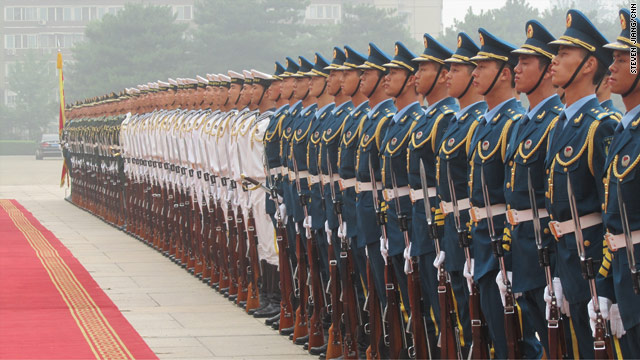 RAND: China could be stronger foe than Germany or Russia ever were

A new report from the research group RAND Corporation concludes that China's increasing economy and military advancement has it on a path that could potentially make it a greater foe to the United States than Russia or Germany ever were.  The report is sure to be a must-read for defense budget hawks everywhere.

The study, entitled Conflict with China, was done on behalf of the US Army. Before anyone gets too riled up, the authors note in the preface that "while the risk of conflict with China cannot be ignored, neither should it be exaggerated." Of course, that depends on the U.S. maintaining "the capacity to deter behavior that could lead to such a clash throughout this period."

The report details scenarios where a clash with China could be instigated including the collapse of North Korea, escalation over Taiwan and a cyber-warfare leading to real warfare.

The biggest damage to the United States in a conflict with China, short of a nuclear exchange, is  MAED (Mutual Assured Economic Destruction):

"Massive and mutual economic harm would indeed result from any significant Sino-U.S. armed conflict, even if the two sides eschewed employment of economic weapons, " according to the RAND study.  On the upside, because the two behemoth economies are so intertwined, the study authors suggest "this mutual dependency can be an immensely powerful deterrent."