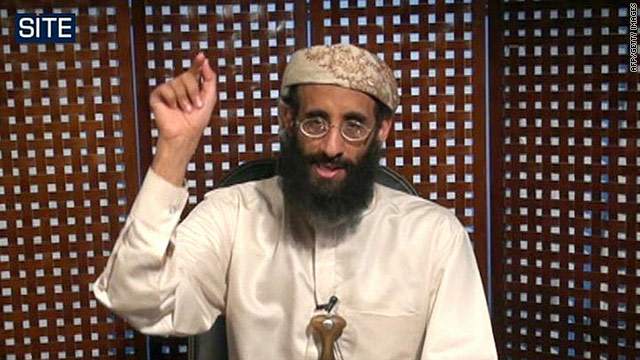 Justice Department memo made the case that the United States could legally kill U.S.-born militant cleric Anwar al-Awlaki if it was not possible to capture him alive, a senior U.S. official who has read the memo told CNN Monday.

The memo, reported Sunday in the most extensive detail yet by the New York Times, was prepared in the summer of 2010. Al-Awlaki was killed by a U.S. drone strike in Yemen on September 30 of this year.

The official said the classified memo, the product of months of interagency deliberations involving top lawyers from the National Security Council, State Department, Pentagon and intelligence agencies, argued that though al-Awlaki was an American citizen, he met the definition of a lawful target in Congress' authorization to use force against al-Qaeda enacted after 9/11.

Though al-Awlaki wasn't on the "hot battlefield" of Afghanistan, the fact he was an operational figure in al-Qaeda and was planning attacks against Americans gave the United States legal justification to use force to defend itself against him, the memo argued. It also said that the United States had the right to take unilateral action in Yemen if Yemeni government officials were unable or unwilling to capture or kill him themselves, the official said.

U.S. officials say al-Awlaki recruited Umar Farouk AbdulMutallab, the Nigerian man known as the underwear bomber, who was charged with trying to blow up a trans-Atlantic flight as it landed in Detroit on December 25, 2009.

The militant cleric was also said to have exchanged e-mails with accused Fort Hood shooter Maj. Nidal Hasan, who is accused of killing a dozen fellow soldiers in Texas.

The official said the memo was narrowly defined to apply to the case of al-Awlaki and not to offer a new, broad legal doctrine intended to justify the killing of any other Americans believed to pose a terrorist threat.

Another senior official said there is a debate within the administration about whether to disclose its legal rationale. Some are arguing for more disclosure, while others contend that, because the legal argument refers to covert actions that involve national security interests, it should not be disclosed, the official said.

The terrorist group al Qaeda in the Arabian Peninsula has confirmed al-Awlaki's death calling him a martyr, according to a statement posted Sunday on jihadi Internet forums.

American officials said Internet postings following his death indicated many who share his ideas did not believe he had been killed and were seeking confirmation. The attack also killed another American, named Samir Khan, and two other people, officials said. Khan was co-editor of Inspire, the terrorist network's English-language online propaganda and recruiting magazine.

The AQAP "eulogy" states that, while the United States may have killed al-Awlaki, it "cannot kill his ideas," according to an English translation provided by the SITE Intelligence Group, which monitors jihadi forums.

The statement also picks up on a theme discussed in the United States: whether the United States had the right to target and kill al-Awlaki without a legal trial and guilty verdict. The controversy is complicated by the fact al-Awlaki was a U.S. citizen.

In Sunday's message, AQAP also promised to "retaliate soon" for the deaths of al-Awlaki and the three others. After the killings, the United States issued a "worldwide" alert warning of "the potential for retaliation against U.S. citizens and interests."

During his stay in the United States, he served as imam in California and Virginia, and interacted with three of the men who went on to become September 11, 2001, hijackers, according to the 9/11 Commission report. He publicly condemned the attack afterward.