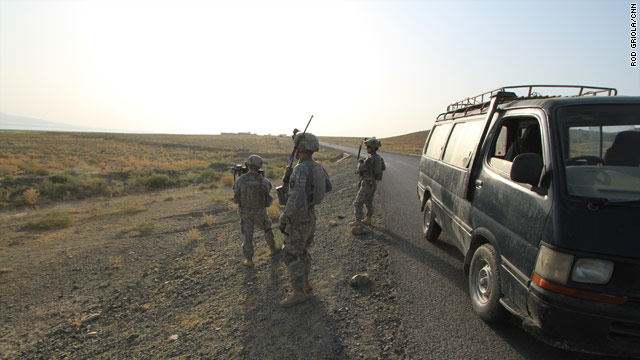 The government watchdogs who've raised the alarm about billions of dollars of war-zone waste and fraud are falling silent or are missing in action.

The Commission on Wartime Contracting was created by Congress in 2008 as a kind of all-star team of government and accounting experts. It held 25 hearings, its members traveled to Afghanistan and Iraq and they made eight reports to Congress. As of September 30, it was out of the watchdog business with the expiration of its charter.

The top job of the Special Inspector General for Afghanistan Reconstruction has been vacant for most of the year.

At the State Department, there also is no one in the top inspector general job. Harold Giesel has been deputy since 2008.

And the inspector general at the U.S. Agency for International Development is set to retire this month.

Inspectors general enjoy a special vantage point in Washington and rare independence to identify government lapses and wrong-doing. They don't have to answer to Congress or to members of their own department since they are appointed by the president.

There has been no word from the White House about filling any of these vacancies. And there was no immediate response to a request for comment.

Two inspectors general remain - the Special Inspector General for Iraq Reconstruction and one at the inspector general at the Defense Department.

Members of Congress are concerned.

"Three of the five (inspectors general) that were supposed to have in place have not been recommended by the President or confirmed by the United States Senate," Representative Jason Chaffetz, R-Utah, said this week at a hearing of the House Committee on Oversight and Government Reform. "So we have three openings out of the five."

Maj. Gen. Arnold Fields, the Special Inspector General for Afghanistan Reconstruction, stepped down in January amidst congressional pressure and questions of whether his distinguished military career in the Marines had prepared him for the job.

The Commission on Wartime Contracting claimed waste and fraud may have siphoned off up to $60 billion from contracts in Iraq and Afghanistan. And it warned that many billions more will be wasted, if projects built at American taxpayer expense can't be sustained.

And some of its members worry that without the Special Inspector General for Afghanistan Reconstruction, there is insufficient scrutiny.

"It is now without a leader," Katherine Schinasi said this week on Capitol Hill. "It is not an effective organization as it needs to be." Schinasi has served in a variety of senior government posts for the Government Accountability Office for more than 30 years.

Clark Kent Ervin, another member of the Wartime Contracting Commission, echoes those concerns.

"It troubles me that we have the vacancies in the Inspector General community that we have," Ervin said during the Government Oversight Committee hearing. "And I am especially troubled by the long-standing, I think it has been three years or so, vacancy at the State Department.'

Even though the Contracting Commission is out of business, its members say they served their purpose of highlighting problems and making specific reform suggestions to Congress, including the appointment of a permanent inspector general to oversee war spending and other contingencies.

"We didn't want to be one of those never-ending groups, never ending commissions. The longer you stay on it has diminishing returns," said Dov Zakheim, one-time Comptroller at the Pentagon. "By ending as we did, we left our report, we said to congress 'its up to you guys.'