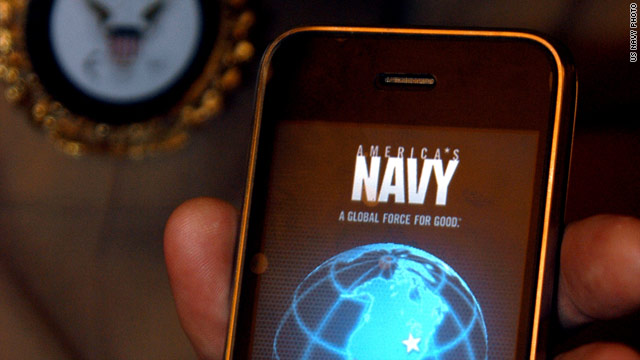 Apple in the military: officially and unofficially

At first glance, it was the unlikeliest of potential alliances: Apple Inc. and the U.S. Army.

The company of the late Steve Jobs, the epitome of leading-edge private sector innovation, meeting up with the often tradition-bound military. But last March the two organizations came together when top Army brass paid a groundbreaking visit to Apple headquarters in Cupertino, California, to talk about the use of Apple products on the battlefield.

And while the Army eventually decided to largely use the Google Android smart phone in the field, thousands of troops are using iPhones and the tablet technology developed by Jobs.

Even the new chairman of the Joint Chiefs of Staff, Gen. Martin Dempsey, uses an iPad every day to read his classified intelligence. Dempsey has made it clear he is a huge supporter of handheld technology and wants to see it in the hands of savvy young troops as much as possible.

During the Apple tour, army officials made clear they embraced the use of hand-held devices and commercial digital technology. "We're continuing to leverage commercial technology for battlefield uses. We can't ignore that kind of existing knowledge," Maj. Gen. Nick Justice, head of the Army's Research, Development and Engineering Command said during the tour.

The military's interest in Apple is very particular. "Apple technologies offer unique and proven solutions with intuitive designs that allow users to learn quickly without a training manual," said Ron Szymanski, the Army lead computer scientist at the command. It's that kind of intuitive learning that military officials believe really appeals to younger troops.

One problem still is that, because of security concerns, these types of wireless devices are not allowed to directly connect to the military's computer networks for fear of viruses or computer worms. And that prohibition extends to the chairman who is required to use his iPad in a standalone mode.

But many military pilots flying over Afghanistan and Libya have found ways around that. Forget the old sheaves of navigation maps; they load commercial maps onto their commercial iPads and are ready to go.