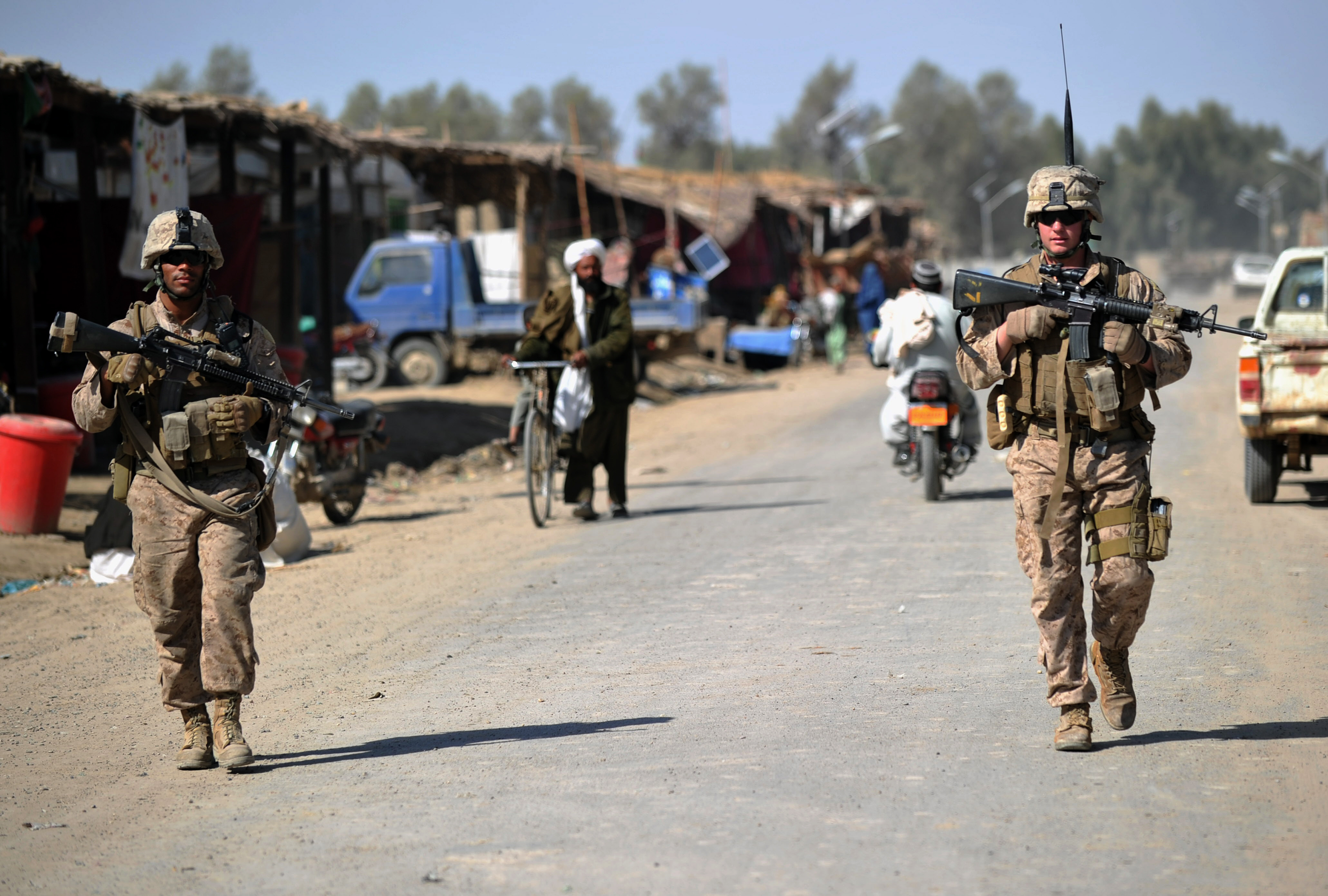 After the first U.S. troops headed to the mountains and valleys of the Hindu Kush in October 2001, the United States entered yet another war in Iraq.

The length of the conflicts has shaped attitudes toward war and sacrifice, the survey found.

"These wars, this time period has been unique in our history," said Paul Taylor, one of the authors of the study. "This has been the longest period of sustained conflict in our history and the fight has been carried by the smallest share."

Most Americans remain supportive of their all-volunteer military. (Only one-half of 1% of the population has been on active-duty service in the past decade.) Nine out of 10 expressed pride in the troops, and three-quarters say they thanked someone in the military.

But 45% - higher than among military respondents - said neither of the wars fought after the September 11, 2001, attacks has been worth the cost, and only a quarter said they were following news of the wars closely. Half said the wars have made little difference in their lives.

The disconnect between civilian and military worlds was apparent in other responses as well.

Veterans - 84% - said most Americans do not understand the myriad problems they and their families have had to face, including long separations, physical and psychological injuries, and stress. Some 71% of the public agreed.

"There is some registration that there is a gap in understanding, a gap in experience," Taylor said. "The veterans have borne the burdens of war but come back with emotional and psychological challenges to a country that does not understand them."

Most Americans - 83% - acknowledge military members and their families have had to make a lot of sacrifices. Some military personnel have deployed as many as four or five times to Iraq and Afghanistan.

But only 26% feel it's unfair that the burden has fallen to the military. In fact, 70% view it as "just part of being in the military."

Taylor said the longevity of the wars and the stress of multiple deployments played a role in shaping opinions - both military and civilian.

Pew surveyed 1,853 veterans, including 712 who served in the military after the 9/11 attacks. The general public survey was conducted among 2,003 adult respondents.

More than half of post-9/11 veterans also felt that too much reliance on military force to combat terrorism leads to more terrorism. On this topic, the public view was nearly identical: 52% said too much force is not a recipe for success.

Post-9/11 veterans were keen supporters of nation-building, with 59% supporting those roles for America's service members. But only 45% of the public and pre-9/11 veterans thought the military should be involved.

Drones drew big support in the survey. Nearly nine in 10 of all veterans approved the use of unmanned planes, such as the one used in last week's killing of al Qaeda's Anwar al-Awlaki in Yemen, and 68% of civilians agreed.

Not surprisingly, those who consider nation-building activities inappropriate are especially likely to believe the wars in Afghanistan and Iraq have not been worth fighting.

Very few Americans support a return of the draft - more than eight in 10 post-9/11 veterans and 74% of the public said no.

Despite doubts expressed about the wars, a majority of post-9/11 veterans said their service helped them mature and gain self-confidence.

The report, said Pew, presents "what we believe is a vivid portrait - albeit one painted exclusively in numbers - of the rewards and burdens of serving in the all-volunteer military during the past decade."

Leave a Reply to Andrew