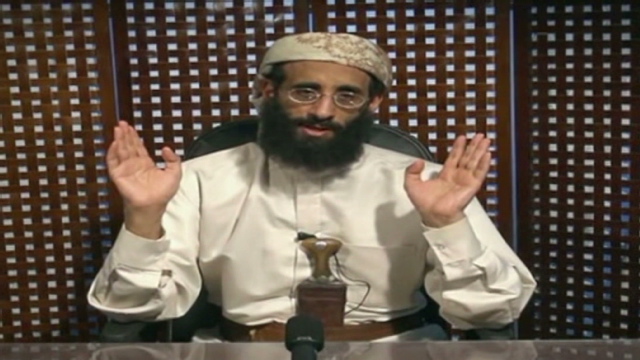 "It can't be understated, the inspirational figure he was," said CNN National Security Contributor Fran Townsend, "AQAP has sophisticated bomb making capability. But now their ability to recruit new people and to raise money will be severely diminished."

The man who used his native knowledge of American culture and the power of the internet to both recruit and inspire terrorist attacks, was killed Friday. He had become a central recruiter for al Qaeda in the Arabian Peninsula (AQAP) and had been targeted by the U.S. before. He survived a missile strike in May of this year that killed two other al Qaeda operatives according to a U.S. Official.

"We knew this would happen it was just a matter of time," said Intelligence expert and former CIA spy Charlie Allen. "This guy is very narcissistic and he couldn't stay out of the limelight and we knew it would just be a matter of time."

Related: List of the dead, captured and still wanted

Al-Awlaki had been targeted by the CIA for years because of his ability to appeal to other Americans to carry out attacks. According to the 9/11 Commission report, he was in communication with three of the 9/11 hijackers and was also in contact with Major Nidal Hasan, the man who opened fire at Ft. Hood in 2009, killing 13 people. There are also indications that he was in contact with contact with Umar Farouk AbdulMutallab, who is facing trial as the suspected underwear bomber.

"His death takes away their (AQAP) ability to recruit Americans," said Allen, who insists that it doesn't mean AQAP is no longer a threat. "They have a lot of fighters, hundreds of them. He is not the leader, and I believe they will fight harder now against the Saudi monarchy, which has been one of their main targets."

The Saudis have been aggressively targeting AQAP, and tipped off the U.S. to a bomb plot in October 2010 that used toner cartridges being shipped on airplanes.

But with the charismatic appeal to would be terrorists now silenced, terrorism experts like Allen wonder whether the threat to the U.S. and the UK might be considerably diminished.

According to Townsend, there were only two Americans with such command of the culture and language, that they were deemed dangerous in inspiring other would be terrorists to target the U.S. for future attacks.

Gadahn is another American who has turned his knowledge of the language and culture into a tool of terror via propaganda on al Qaeda websites. He's currently on the FBI Most Wanted Terrorists List and has been indicted for treason and material support for al Qaeda.