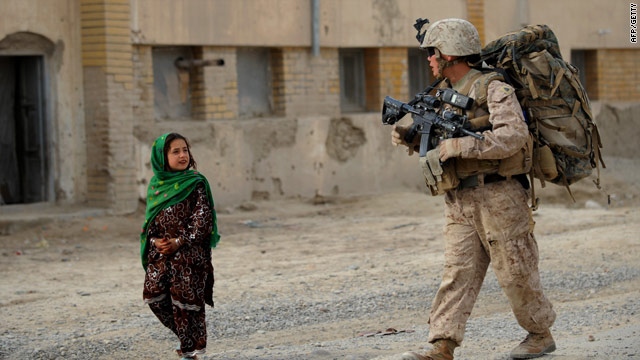 U.S. military not ready for women in combat

Pentagon officials woke up Tuesday morning to the news Australia has now decided its military women can work in any combat job, including commando units, in the Australian armed forces.

It's news that puts another ally at odds with U.S. policies, and could result in American male troops and Australian female troops fighting together in Afghanistan.

"Now all of the roles on the front line will be determined on the basis of merit, not on the basis of sex, so a very significant reform announced by the government today," Australian Defence Minister Stephen Smith said. The change will be fully phased in over the next five years.

At the Pentagon officials had no official reaction to the Australian decision. The U.S. military is grappling with what it considers the massive social change implemented earlier this month when gay men and lesbians were allowed to openly serve after the repeal of the "Don't Ask, Don't Tell" policy.

On September 20, when the repeal was legally lifted, Defense Secretary Leon Panetta seemed to make a promise that more change could be coming, saying, "I am committed to removing all of the barriers that would prevent Americans from serving their country and from rising to the highest level of responsibility that their talents and capabilities warrant. These are men and women who put their lives on the line in the defense of this country, and that's what should matter the most."

But did the secretary really mean it?  When asked about women in combat, he said, "With regards to other areas and other barriers, I think that we always have to continue to look at those issues and not just simply, you know, shove - put them off the table. I think - I think as we progress, particularly having taken this step, I think the opportunity to look at those other opportunities is something we ought to continue to pay attention to."

When asked if opening up all jobs to all qualified Americans is a priority, Panetta demurred, saying, "Right now I've got the budget, which is my highest priority."

Under the law, U.S. military women cannot serve in front-line small combat units, essentially infantry-type units that might be engaged in direct combat. But over the last 10 years, more than 100 women have been killed in Iraq and Afghanistan and some 800 injured as women have worked at a wide variety of front-line jobs ranging from pilots to military police.

Women will be allowed to serve on nuclear submarines, but only as officers because the Navy cannot create separate quarters for lower ranks in such a confined space. Women are also beginning to train to join special forces units serving in Afghanistan to deal with women and children during raids.

A Pentagon commission on diversity in the armed forces recommended several months ago that the U.S. look at the issues of opening up all combat jobs to women.