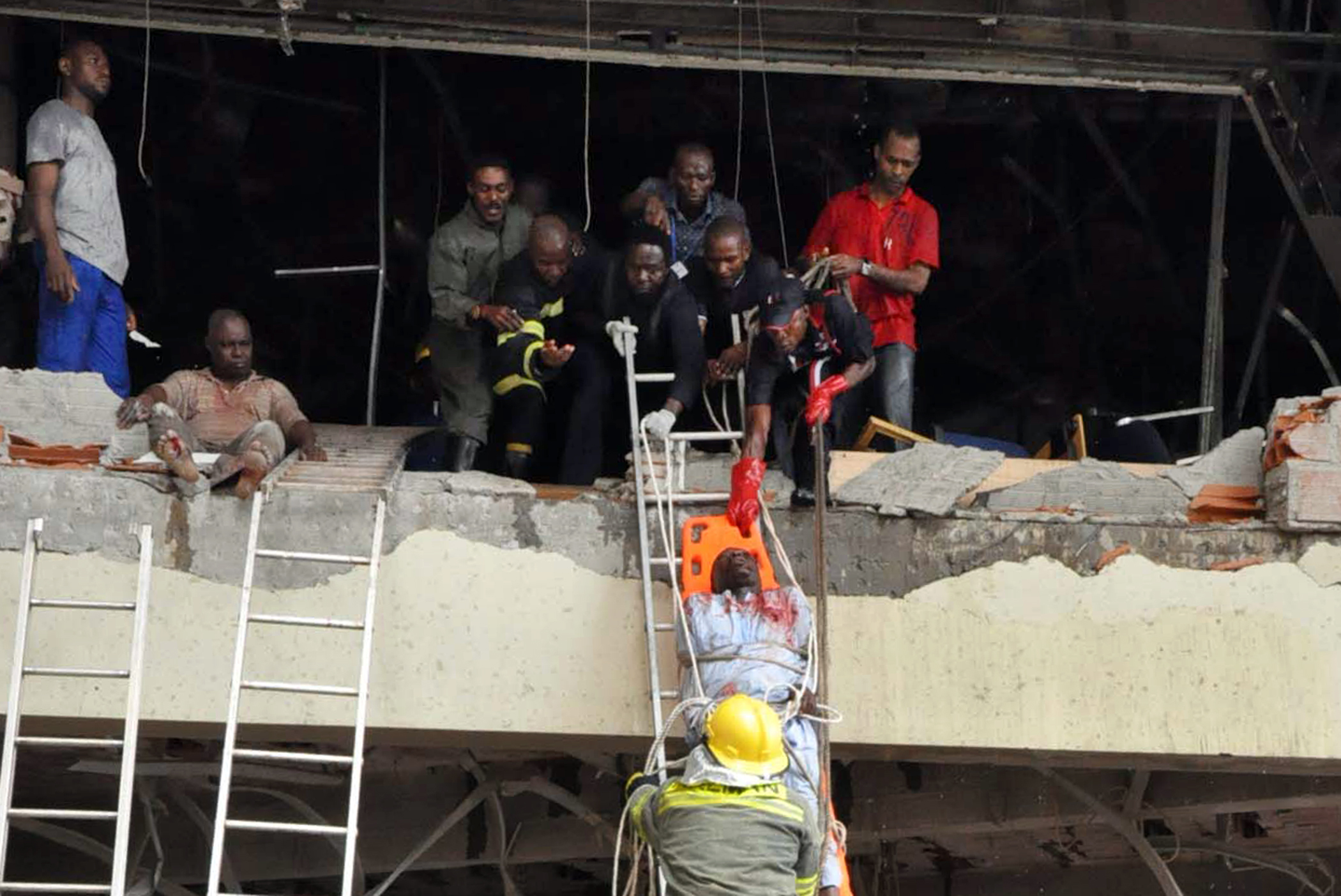 Gen. Carter Ham, head of the U.S. Africa Command, recently told reporters that there is evidence that Boko Haram, AQIM and al-Shabaab are trying to form an alliance to coordinate attacks against the West.

In an interview with The Associated Press, Ham said "multiple sources" indicate that Boko Haram had made contacts with AQIM. "What is most worrying at present is, at least in my view, a clearly stated intent by Boko Haram and by al Qaeda in the Islamic Maghreb to coordinate and synchronize their efforts."

But a former U.S. ambassador to Nigeria is skeptical. John Campbell, who left his Nigeria post in 2007, said there are certainly people within the Boko Haram movement who talk to AQIM and al-Shabaab and who may have gone for training, "but that is different from talking about an alliance," he said. "We're dealing with a movement of inchoate rage."

Campbell maintained that Boko Haram is very much a grass-roots movement and cites media reports quoting Nigerian security forces as saying there may be as many as half a million adherents to the cause. The U.S. government experts estimate there are maybe hundreds of hardcore members with thousands of supporters and many more sympathizers.

Campbell does not see the group as a tightly unified organization in pursuit of broad objectives.

"It's highly decentralized, but what it has in common is a strongly Islamic character, and hatred for the secular, political economy of Nigeria, particularly the federal and state governments," he said.

The sect refers to itself as Jama'atul Alhul Sunnah Lidda'wati wal jihad, or "People Committed to the Propagation of the Prophet's Teachings and Jihad," but it has become more commonly known as Boko Haram, which translates to "Western education is sin."

The group was formed in 2002 by Islamic preacher Mohammad Yusuf as an outgrowth of ethnic tensions in the country in the 1990s. Nigeria's population is split between mostly Muslims living in the north and predominantly Christians in the south. Yusef advocated the institution of sharia law throughout the northern states and opposed democracy.

The group operated openly out of northeastern Nigeria and staged small-scale attacks against government targets. In 2009, Nigerian police forces moved to crack down on Boko Haram. Harsh police tactics led to an armed uprising in the North and the arrest of Yusuf, who later died in police custody.

Little was then heard from the group until 2010, when it re-emerged as a more radicalized, insurgent style group, staging assassinations and attacks in the north against not only government targets, but also churches and even a beer garden.

U.S. government experts say the group's methods became more sophisticated as they went from attacks with small arms to improvised explosive devices, to simultaneous timed attacks, to the suicide bombing of the U.N. facility. They believe the group's new leader, Abu Shekau, has a more jihadist view.

It was the U.N. attack in Abuja that raised the question of whether Boko Haram is being influenced by al Qaeda.

Richard Nelson of the Center for Strategic and International Studies in Washington said it's unclear why Boko Haram staged the attack, but assistance from AQIM could go a long way in benefitting the group.

"I think the opportunity is pretty ripe for Boko Haram to leverage some of the other al Qaeda resources in the theater and then take the potential lack of response by the international community in the wake of the U.N. bombing - nothing has really happened - (as) an opportunity to actually achieve their goals of instituting sharia law throughout the country," said Nelson, who previously worked at the National Counterterrorism Center.

Former Ambassador Campbell says Boko Haram did not need the influence of al Qaeda to see the United Nations as a fit target. The international organization is identified with the non-Islamic West and has close ties to the Nigerian government, Campbell notes. He also thinks "it would add to

Boko Haram's credibility to claim to have links to those groups."

But according to Nelson, the real benefit might be for AQIM. "If AQIM can increase its ties with a group in Nigeria - where Nigeria has its oil reserves and it certainly would be an expansion of al Qaeda's ideology - it could really transition how AQIM is viewed, and AQIM's larger role inside Africa," he said.

Even if there is to some degree a banding of al Qaeda affiliates, a senior defense official said, "You aren't going to see some Legion of Doom. It's an opportunity for an alliance of convenience."

Nevertheless, the spread of al Qaeda affiliates is particularly troubling for the West. If it were to reach into Nigeria, it would have inroads into Africa's most populous nation, with more than 155 million people, and to a country with significant oil reserves.

"We work closely with our partners on this threat and we will seek to intensify our support," he said.