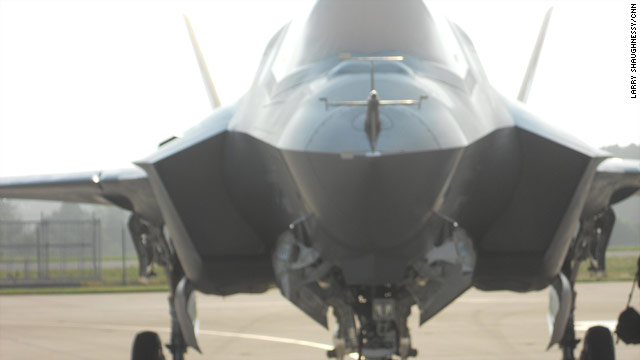 The United States should consider establishing a strategic stockpile of the essential minerals, Christine Parthemore of the Center for a New American Security told the committee. She said the Pentagon still doesn't have a complete picture of how much it already relies on these minerals

"I still think there is a lot of information on how rare earth minerals are used, and where and in what quantities," Parthemore told CNN after the hearing. "I think a lot of that is buried in private sector hands."

One key use for rare earth minerals is for special magnets in advanced weapons.

"From a national security perspective, magnets are in everything," said Robert Strahs, vice president and general manager of Arnold Magnetic Technologies. "They start the jets, they move the flaps, they move the wing flaps. They are in the guidance systems and everything we use to fly-by-wire; it means more magnets."

Strahs said that there may be only one pound of rare earth minerals in the F-35 Joint Strike Fighter now being tested by the Pentagon, but future weapons will demand more. "It hasn't been on the radar screen," he said about lack of awareness in the past. "They are starting to realize they need a good supply chain."

American companies are trying to answer the demand. The president of Molycorp Inc, Mark Smith, the only Western Hemisphere producer of rare earth minerals, said Congress must do more to confront the problem and encourage research and development. Molycorp has mines in California and Colorado

Where China may have more than 6,000 scientists and researchers focusing on rare earth technologies, the United States has only a handful of specialists.

"The United States' dearth of institutional knowledge in this area must be reversed if we are to emerge again as a global leader in the production of these crucial materials and the many advanced technologies that they enable," Smith said in his formal statement to the committee.

He said his company is making rapid progress to increase production of these elements in the United States, with the goal of independence from exports by 2012.

Manzullo said a recent two-month halt in rare earth exports from China to Japan had sent prices to astronomical levels - increases of up to 650-percent - with barely any awareness of the seriousness of the crisis.

"Unfortunately, the scope of the crisis is enormous and only a concerted national effort will lead us out of this mess," Manzullo said.